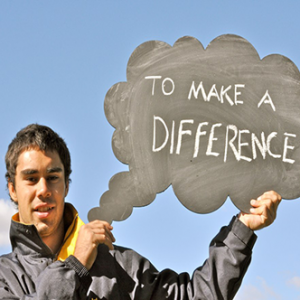 In small village halls, bush libraries and regional towns across Australia, ABC Open producers teach locals how to hone and share digital stories to share with a huge online community.

Before he went to his first workshop five years ago, Wyndham farmer Norm Clarke’s only experience with computers was ‘pulling the plug out of the wall and telling the kids it was time to go to bed’.

Back then Norm knew next to nothing about digital technology, but his family had bought him a digital point-and-shoot camera for Christmas and he was hooked. ‘It took me 10 minutes to work out it was smarter than I am.’

‘I was listening to the radio and I heard the ABC was running a workshop where you write a story behind a photograph and I was keen to go along. What’s the point of having all your photos stored away on a hard drive? You want to be able to share them with others.’

Now there’s no stopping him. Norm’s stories and films – over 40 so far – are full of keen observations of life on the land and have connected him with an enthusiastic audience.

‘It’s been a life changer for me. I’ve grown in confidence and I’m thinking of new stories all the time.’

ABC Open was launched in 2010 to encourage people in regional Australia to connect and share stories. Since then over 15,000 people have contributed over 86,000 stories to the online platform. Contributors use photos, writing, video and audio to describe people, places and personalities to reveal a vivid picture of regional life.

For many contributors the process begins with a workshop in a local hall or library run by an ABC Open producer. Norm worked mainly with producer Vanessa Milton. ‘Vanessa is a natural when it comes to teaching – all of the producers I’ve worked with are. After she’s explained something, Vanessa will look at each of us around the table to see if it’s sunk in. If it hasn’t she explains it in simpler terms until we get it. She’s really great at reading and then responding to people.’

But teaching and learning doesn’t end with the workshops. ‘When I’m back home and working on a story, when I feel like it’s finished or when I’m sick of it I put it up on Vimeo and send the link to Vanessa who gives me feedback so I can modify it. The back up you’ve got is amazing. I have a go and if I get in strife I know help is only a phone call or an email away. I’ve got this top notch support.’

Norm spends most of his days alone with his dogs on the farm and visits town just once a week. ‘Doing these workshops and projects has got me out, forced me to mix with people. For example I’ve met one guy who’s a dairy cocky and a bird photography enthusiast. I knew him before but I had no idea we had similar interests. Now we share links to one another’s stuff on the web.’

‘Each project is a learning experience. When it’s finished I look at it and notice what I could have done better but then I move on to the next one.’

There is no shortage of stories on the farm. ‘There is so much to see. You can’t help noticing things. Stories pop up all the time.’ Norm says recording his observations has made him more observant. ‘Last year we had a particularly wet year and for the first time in 30 years I noticed we had native orchids. Have I been blind and not seen them or is it really just a one off event? I took a photo of them and then I noticed there were patches all over the bloody place.’

Apart from his own stories, Norm has produced a video for a local Landcare group on caring for country in the Towamba Valley and he is a contributor to the Atlas of life, recording his sightings of plants birds and animals.

‘It’s made me much more aware of exactly what is there, what plants, insects, animals we are sharing our patch with. Now when I see a snake I want to know what sort of snake is it, I want to know the names of the plants I see.’

Norm worries about friends and neighbours who are frightened and intimidated by computers. ‘I know people who are fearful of having a go because they are anxious about breaking something, of not knowing what to do, and the terminology is very offputting. My friend at the computer shop in town talks to people on the phone when they’ve got computer problems and he asks them what the icons on the desktop are doing and they don’t know what he’s talking about.’

‘I understand why people are frightened of computers but I also know what’s on the other side of that. Years ago at Agricultural College I started collecting specimens of plants. I put them in a pile of newspapers with a brick on top but the earwigs got to them and I had to throw them out. Now I can take umpteen photos and record them that way. In the past, you’d have to look in books to identify them but now the Web helps you do it in an instant.’

Norm’s advice is ‘Have a go. Make contact with your local ABC Open producer. Knock on their door, email or phone. It’s free and all you’ve got to do is get off your butt and go along’.

Norm’s currently working on a story for ABC Open about the weekly chore of emptying the grease trap, his mischievous dog Bindi and a Frisbee. Norm laughs, ‘I think you can probably guess the ending’.

‘People stop me in the street and tell me they like something I had up on ABC Open.’ But Norm doesn’t do it for the praise. ‘I do it for the fun and the challenge. If I’m happy with it that’s all that matters.’

Norm’s short film The loo with a view, first published on the ABC Open website and one of our favourites, has been screened at a local film festival as well as on ABC-TV.

The ABC Open website is a great resource for adult learners with stories about people, places, memories and experiences of life in rural and regional Australia.

Read more of our stories about ABC Open and interviews with producer and trainer Vanessa Milton and ABC Open contributor and learner Vickie Mennie.