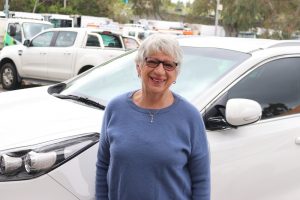 A refresher course in driving skills is improving safety for seniors behind the wheel.

Fran Bruell got her driver’s licence when she was 18. Now aged 71, she’s joined a Wiser Driver class in the City of Stonnington in Melbourne’s south east to refresh her knowledge.

‘I haven’t had any update since I was 18 so I thought it was about time to test myself,’ Fran says.

She’s one of a growing number of older Victorians who are signing up for classes to improve their safety and confidence behind the wheel. For people over 60, driving on our roads today can feel very different to when they first got their licence. Traffic is heavier, there are more alcohol and drug affected drivers on the road and some rules have changed. Education for older drivers is increasingly popular.

But the course is as much about myth busting about older drivers as it is an educational refresher for road rules.

‘Older drivers get a bad rap,’ Dawn says. ‘It’s a fallacy that older people are more likely to have an accident. The reality is that they are statistically less likely to be involved in an accident than younger people. So it’s important to stress that. And you can see that a lot of people breathe a sigh of relief because they realise no one is trying to take their licence off them. That fear stops a lot of people seeking out educational opportunities. Once we establish that they are not more likely to cause an accident they can relax and are much more open to hearing and learning.’ 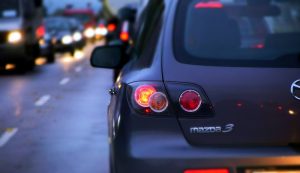 But if the good news is that they are less likely to cause accidents, the bad news is that older drivers come off second best when they’re involved in a crash.

‘They are much more fragile. And if they drive older cars that don’t have modern safety features, they are more at risk of being injured. So we offer some driving tips that improve their safety. For example, driving with their lights on so they are more visible. And always making sure they can see the tyres of the car in front of them to allow for their slower reflexes.

‘On the other hand, we also want people to be aware that things do change as we get older. Our reaction times slow down, and certain medications can affect concentration or judgement. So it’s a matter of raising people’s awareness that things will change and what to do about that.’

Every Wiser Driver class is different

Running education programs for older drivers is never boring, says Dawn. ‘Running the same course repeatedly you’d think that it would be like ‘groundhog day’. But every course is so interesting. The people who come along are so engaged, some have never done a course or formal driver training before. Most have been driving for 30–60 years and when they got their licence all you had to do was drive round the block. Some people haven’t revisited the road rules in fifty years, so doing that really helps them feel more confident about their driving.’

‘We make sure our tutors are older people because the evidence shows that having peer tutors who can share similar experiences works. Participants are more open and don’t feel condescended to when the facilitator is someone in their age range.’ Dawn Harper, Wiser Driver coordinator

Education for older drivers and making the driving choice

For others, doing the course helps them decide it’s time to stop. ‘Some say doing the course was a real eye opener and helped them realise they should no longer drive. That’s a good outcome if people understand their limitations better. We support people to make informed choices based on the new information we offer.’

Despite their desire for independence and mobility, all older drivers come to a point where they might not want or be able to drive so planning for that time, talking to family members about it and thinking about alternatives is important Dawn says.

So is talking with their GP about what effect different medications might have on their driving.

Over four weeks, participants take part in interactive activities and discussions to hellp them absorb and test their skills and knowledge in an engaging way.

‘We focus on developing open conversations and drawing out people’s concerns so we can find out what people are fearful about and then address those fears. That’s why the program is so successful.’

But joining an education program for older drivers can be daunting. ‘Some people are nervous sitting in a class for first time ever in their lives. Most groups of people don’t know each other. But once people start hearing other people’s stories, the dynamic really changes. They are much more open and say things like, “My gosh that happened to me, I can relate to that!”’

Andrea Thorne signed up because she’s driving more passengers these days with friends who no longer enjoy night driving and grandchildren who need running around.

‘I wish I’d done the course earlier,’ Andrea says. ‘After one week I was more aware of changing the way I do things to drive more safely, like driving with my lights on. I drive to Gippsland quite a lot and usually I push on even when I’m tired before I stop for coffee. Now I stop half an hour earlier. The course has been really valuable.’

VicRoads – the agency responsible for licensing and road safety in Victoria – sponsors and regularly reviews The Wiser Driver refresher course, which was first developed in 1996.

‘The program has been going for over 25 years and it’s continually being evaluated and adapted and the feedback we get is awesome,’ Dawn says.

Dawn and her six trainers travel across the state running the trademarked training in over 50 locations each year to classes as small as five or as big as 25 with participants aged anywhere between 55 and 95.