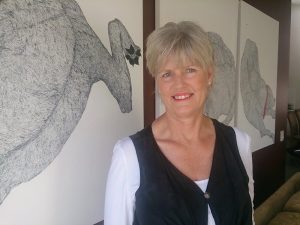 It’s enrolment day at East Fremantle’s Glyde-In Community Learning Centre and the queue starts forming at 7 am. By 8.30 when the doors open there’s 120 people waiting in line.

The Centre began in 1981 when a dozen women banded together to tackle the problem of isolation and lack of educational opportunities for women in their neighbourhood. In a workers cottage provided by the local council they set up a crèche and advertised workshops, and 65 people signed up.

But during the 80s and 90s, volunteer fatigue, funding uncertainty and declining membership threatened the centre and it came close to closing.

Today Glyde-In has two paid staff, 60 volunteers and 700 members and is largely self-funded.

Co-ordinator Ann Reeves says the community spirit has been part of the centre’s revival. ‘In the 20 years I’ve been here we’ve had just one staff change. People tend to stay here. It’s a happy place.’

Places fill fast in a program that includes computing and technology, Spanish and French, local excursions and historical walking tours and popular talks from guest speakers on topics from smarter finances for young families, fracking, Trump and Asia, to the psychology of eating.

The program has grown by 30% in 2019 including a successful Summer School and evening and weekend events that attract a diverse mix of people from a wide geographic area. Over 80% of Glyde-In members live outside the local area. Ann says women over 50 predominate although the
membership is changing. A lot of members are working and around half are on low incomes. ‘The Centre is very accessible for people with disabilities. We like to think that there are no barriers to participating in our classes.’

‘Our program offers talks and activities that appeal to people who want to know more about what’s going on in the world.’ Ann Reeves

Programming and organising the speakers is the best part of Ann’s job. ‘I can explore topics of interest to me, find people who know about it and then work with them on the idea. We make sure the talks are topical and interesting and the speakers are eloquent. The sessions fill up quickly.’ 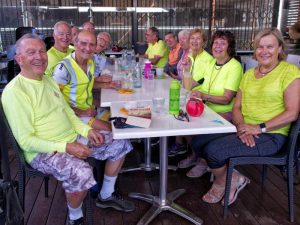 A committed team of volunteers makes all the difference, Ann says. ‘Their enthusiasm permeates the place. For example, one group looks after our gardens which are beautiful. There’s outdoor seating and a long pathway through gardens, so it’s a warm and welcoming place.

‘Ours is a centre where a lot of hard work is done and the attention to detail is phenomenal, there’s a lot of grunt behind the grins. On enrolment day recently we had 200 people through the doors with 25 volunteers and five computer desks going full pelt. It’s unpaid and often unnoticed work but we couldn’t operate otherwise and if we had to pay for the volunteers’ time we wouldn’t be able to afford it. Some of our volunteers say working here is like having a second career and some of them have been working here for more than ten years.’

One thing that hasn’t changed since the Centre opened is the opportunity it offers for social connection.

‘A woman who lost her husband recently came along here and said the Centre changed her life. It opened up a new world for her and she now volunteers regularly on enrolment days. She’s great to have around. For a lot of people it’s a place for starting over, a new beginning. For some, their doctor has recommended they come along. Social isolation is a major reason that people come here and I think they find it very rewarding.’

Outside of the formal program the Centre hosts a range of self-run groups that get together for activities and socialising including cycling and walking groups and groups who meet for scrabble, mah-jong, chess and music.
‘Romances occasionally blossom here too. One couple met in the cycling group and another while they were gardening.’

‘What I love about the classes at Glyde-In is that you can do something that you’d do at uni, but there’s no exams, no study so you can just really enjoy it.’ Mal Christison

Local government support
The Town of East Fremantle leases the building free of charge and provide 28% of the operational budget. ‘That’s unheard of among learning centres. We are very fortunate – the Town recognises that the community service we provide is worth
far more than the amount of money they contribute. Our relationship with the Town is strong.’

Keeping their program responsive to the needs and interests of the local community is a priority. ‘We are experimenting now with offering more classes on weekends and in the evenings because younger people and working people are asking for it.
We’ll try it and see how it goes. We try to run classes even with a minimum number – because if we cancel a class it closes a door and someone might not come back.’

Mal Christison signed up for his first class after he retired 6 years ago from his job as a draughtsman in the mining industry. ‘I started with philosophy, signed up for a writing group, then I
joined the committee and next thing I know I was Chair.’

Mal says Ann Reeves has been central to the revitalisation of the Centre. ‘Ann has moulded the place. It didn’t always have such an educational focus but she’s turned it into a learning centre. It’s the program that brings people in. Everything else including the garden is what makes them stay. Ann puts together a program that really grabs people.

‘The management committee recently did a SWOT analysis and now we’ve got a strategic plan. I’ve been cynical about them in the past but this one is very practical and we’ve been following through on it. We looked at how many members we had from different areas and decided to letterbox a new area and got another 35 members. The Council was rapt, to get that sort of uptake is terrific.’ 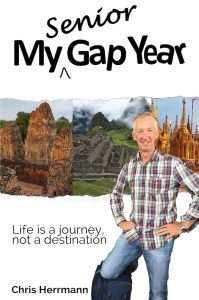 My senior gap year
Chris Herrmann is one of Glyde-In’s upcoming speakers and the session’s already booked out.

Instead of retiring, corporate professional Chris took a year off to travel the world with nothing more than a backpack, and no real plans.

‘I saw my gap year as a transition to a new stage in my life, a way of stretching myself, doing something different.

‘I really pushed myself. It was the first time I’d travelled solo in my life. I took it one step at a time. The key was putting myself in situations that were uncomfortable or forcing myself to do things I didn’t want to do or that made me feel embarrassed. For example, sleeping in a dorm room with young people who were the same age as my kids. Or when I couldn’t find a hotel, sleeping in airport on a lounge chair at Zurich airport.

‘The take away whether you intend to do something as drastic as I did or not is to explore opportunities. We get stuck in a rut so one simple but powerful thing to do is to break your habits. Take a different route to work. Step out of your comfort zone. Do something in your day that you wouldn’t normally do and see where it leads you.’