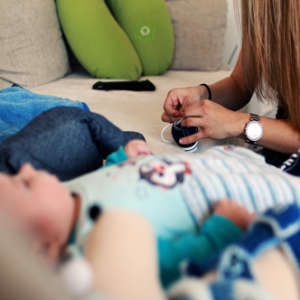 An education program in domestic violence shelters is helping women on the path to recovery.

When Rhiannon joined a support group for survivors of domestic violence in Adelaide’s western suburbs her confidence was at an all time low.

She was on her own with her baby daughter and 23 year old Rhiannon faced what seemed like an overwhelming task of putting her life back together after a traumatic few years.

She’d been a confident and outgoing student at high school. When she graduated she had her heart set on being a motor mechanic and seemed closer to her goal when she got a job at the Holden plant. But she was laid off after a year. Twelve months later she got a job at a dry cleaning company and was proud that within three weeks she was managing her own shop. But her partner didn’t like her working. He became controlling and violent, showing up at her work and making scenes. ‘I started not going to work, or I went and then left early’. Rhiannon soon lost that job too.

In 2013, Rhiannon reluctantly moved from Adelaide with her partner to a small country town. But her partner soon lost his job and after the birth of their daughter, his violence got worse. Over the next few years, Rhiannon lost her confidence as well as her independence.

It wasn’t until Rhiannon’s family and friends threw her a surprise 22nd birthday party when she visited Adelaide that her secret came out. That morning Rhiannon’s partner had beaten her up and by the time she arrived in town there was no hiding the bruises.

The police referred Rhiannon to a shelter in Adelaide’s western suburbs. When she arrived, like so many other women who have been in abusive relationships, Rhiannon felt depressed and disempowered and isolated by her experiences of living with a violent partner.

Sharing experiences of domestic violence with other women

Meeting women who had had similar experiences made a huge difference. ‘I thrived in that environment,’ Rhiannon says.

During one of the early meetings of the support group community development manager and convenor of the group Bianca Peta told the women about a new Pathways to Education pilot program that was about to start at the shelter.

‘I got really excited and I said, “You don’t have to say any more, I’m in!” I was really motivated. I felt I needed direction and felt it pulling me’, Rhiannon says.

Rhiannon says the course reminded her how much she loved learning. ‘I found it easy to understand and digest new information and it was fun. What I most loved about it was the connection with the lecturer and the other women. Plus Bianca was there to remove any barriers. My problem was childcare. But Bianca got my daughter a place in daycare and that made it much easier.’

Still there were times when Rhiannon was ‘a mess’. ‘There were a couple of days when I woke up feeling like crap and not knowing why and I didn’t feel like going but Bianca rang and said, “Get out of bed, you better be here.”’

‘We are very lucky in SA to have Women’s Ed, which was born of the women’s liberation movement in the 1970s.
It has a long tradition of giving women a safe place to explore and study, and in the process break down their isolation, and make new friends.’

Some activities were particularly challenging. ‘We had to get a friend or family member to write down ten nice things about us and we weren’t allowed to read it until the last class. Most of us couldn’t read it out loud because it was hard to hear good things about ourselves.

‘I learned that everything that I feel is normal and that others feel the same way and I’m not alone. You have these thoughts in the back of your mind that you’d never speak out loud. But during the course no one held back. We’d just blurt stuff out and everyone would laugh and say, “Wow do you think that too?” It was really good.

‘We were great at supporting each other. If one of us missed a class we’d organise to meet in a café and update one another and go through the handouts so that no one got left behind.

‘I’ve got more confidence now than I have ever had in my life.’Rhiannon is optimistic about her future. She has continued studies at Port Adelaide TAFE in the Certificate IV in Women’s Education with the aim of doing a Diploma of Community Services next year.

‘We need to stop thinking about shelters as places that just offer a roof and a bed, but places where we can help women break the cycle of violence, to make plans for their careers, their futures and their financial independence.’ 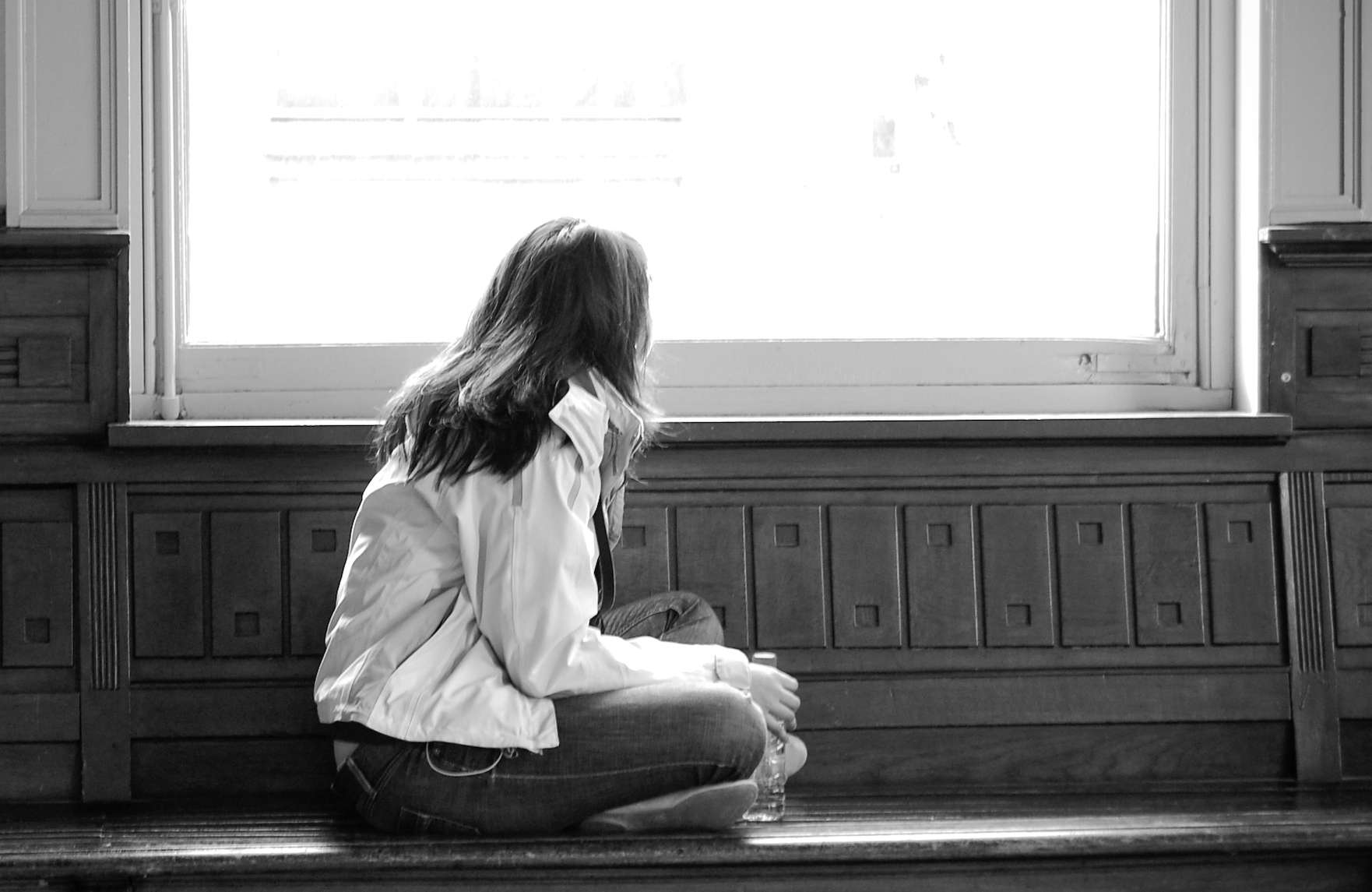 ‘I’d love to go to uni and do social work so I can do something like Bianca does. I’d love to train police cadets in domestic violence; gives talks at high school and offer support groups to women like me. But first I have to be completely healed.’ She laughs. ‘I’m almost there!’

Bianca Peta runs a range of support programs and activities for women living with or leaving abusive relationships. She knows how difficult it can be for women to venture beyond the security that a shelter has to offer.

‘I talked to women in our domestic violence support groups about breaking the cycle of dependence, about trying TAFE and further education but for women worried about their safety, who are uncertain and full of self doubt, the idea of going to programs or courses in the general community can make them incredibly anxious.’

Four years ago Bianca began exploring ways to bring education inside the shelters so women could learn in an environment where they felt secure. Biance investigated funding, built relationships and had lots of conversations with TAFE SA as well as women who had been victims of domestic violence.

‘So many said they wanted to improve the way they communicated with their families and children, and it was a skill that would help them re-establish their lives.’

‘Women’s Education TAFE SA with its emphasis on empowerment, confidence building and finance skills seemed the perfect fit. We chose a core subject in Certificate II in Women’s Education called Communicating Effectively for Women because it covered personal development, assertiveness training, positive self talk and identity and had an emphasis on self determination and self direction. It was a subject that enabled the women to build on what they had lost.

‘The idea was to offer it as a taster so women could try it out. If they liked it they could transfer to a TAFE campus where they could continue their studies and look further ahead to the future.’

The education group included women from a broad range of backgrounds who had experienced domestic violence. ‘We had highly qualified women who had lost their jobs because of domestic violence through a loss of confidence or because her partner demanded she quit. Some had certificates in childcare or beauty therapy, some had left school at 15 and were dependent on Centrelink. It was a real mix.’

TAFE lecturer Helaine Costello, with 40 years experience in Women’s Education created a great learning environment. ‘It was important to have a really safe and supported space where women could share their opinions and thoughts and answer questions.’ Bianca was on hand to offer practical and emotional support.

‘In week one, they were all pretty quiet, silent, unsure, anxious. The next week when Helaine asked their opinion on something a few hands went up hesitantly in response. By week 8 all were participating and totally transformed. You could see them thinking, “I can have an opinion; I can express myself; and the group will listen and accept my views without criticism or judgement”.

‘Watching that transformation over 8 weeks just blew me away. It was very emotional,’ Bianca says.

‘The women loved it and wanted to go on once it finished. It brought them feelings of exhilaration and confidence, it improved their social skills, and really built up the support they offered each other.

‘It was really amazing to watch it develop from week to week. We extended it to 15 weeks to provide women with every opportunity to pass the subject. There were lots of reasons they couldn’t make it to class; for example, family or magistrate’s court appointments; lack of money or no childcare. We provided everything they needed to help them including a study pack, paper, pens, lunch, taxi and petrol vouchers.

‘The course offered them the chance to look at their goals in life, how they can break the cycle of financial dependence and the women just grabbed it and ran with it.

‘Improving their confidence and communication skills has helped the women to re-establish themselves, to move on, make plans and better choices. One woman who was homeless has found a job, another whose child was in care has had her returned, and most who took part have continued to study.

‘It was an absolute game changer.’

The Pathways to Education pilot program for women who have been subjected to domestic violence is a collaboration between Central and Limestone Coast’s Domestic Violence Services, and TAFE SA’s Women’s Education. The pilot won SA’s adult learning program of the year.