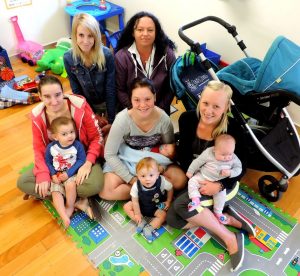 A Queensland program is helping new parents learn the skills needed for what can be a challenging and rewarding job.

Once a week in Bundaberg, a steady stream of mums and dads pushing prams and carrying kids flows into the offices of Impact Community Services. Some are in their early teens, others in the mid or late 20s. They are here for a class that wasn’t offered at school – how to be a parent.

It’s a skill that’s handed down from one generation to the next, but if you haven’t had good parenting yourself it can be hard to know where to begin, Nathan Spruce, Manager of Research and Innovation at Impact says. Positive Start Parenting (PSP) originally began in response to the needs of young single mums in the area but has recently been expanded to include dads and whole families.

‘The goal of our program is to help parents develop life and parenting skills as well as provide advice and facilitate access to other community services. We provide a safe and child friendly environment for people to meet and learn in.

‘The group meetings help parents develop a support network, a place where they can build friendships with other people in the program and connect them into community. We use the word capacity and resilience. By capacity we mean giving people the strategies and skills to be able to look after themselves in the future.’

While the kids play parents can meet and talk with support workers who play an advocacy role, helping parents with paperwork, information about training, domestic violence issues, ‘the whole caboodle’, Nathan says.

‘It’s an amazing program. We see the differences in people and the differences parenting support can provide. We can see the cloud of worry and burden lift when they realise there are plenty of others going through the same things, that they don’t have to go it alone and here’s a program that will help them do it.’ Nathan Spruce, Impact Community Services.

Facilitator Jannene Thorn says that in the PSP course the focus is on early intervention and helping people to break cycles of disadvantage. ‘Most of them want a better life for themselves and their children.’

Caitlin Laidlaw is 20 and lives with her partner and two daughters – Riley, who is two months, and Lucy, who is two years old.

‘I’m not an outgoing kind of person. I’m very shy so the first time I went along was very scary. The first day was an outing to the beach and there were some loud characters on the bus and I was worried that it might be a “bitchy” group. But they were very friendly. We took the kids and let them play on the beach. And I really liked it so I went back.’

‘I’ve made really good friends with two other women in the group and the whole group keep in touch and talk on Facebook.

‘I really like getting out and going to the beach, or to the park with the kids and the group. It’s like a play date for my daughter and me, for both of us.’

‘I enjoyed school but this is a different kind of learning. As a new mum it’s like you’re learning on the job. There are no textbooks to help you.

‘It’s been really good, it’s really helped my parenting. It’s taught me ways to cope better with my two year old, especially when she has tantrums. I’m calmer too, getting out of the house and meeting with the group, I don’t feel like I’m stuck indoors and I can get out and be a person not just a mum.’

‘I would definitely recommend it for other young mums because it gives you time to be yourself, to make friends, to learn things, and it’s great for social interaction too.’ Jasmine Brown, 23. 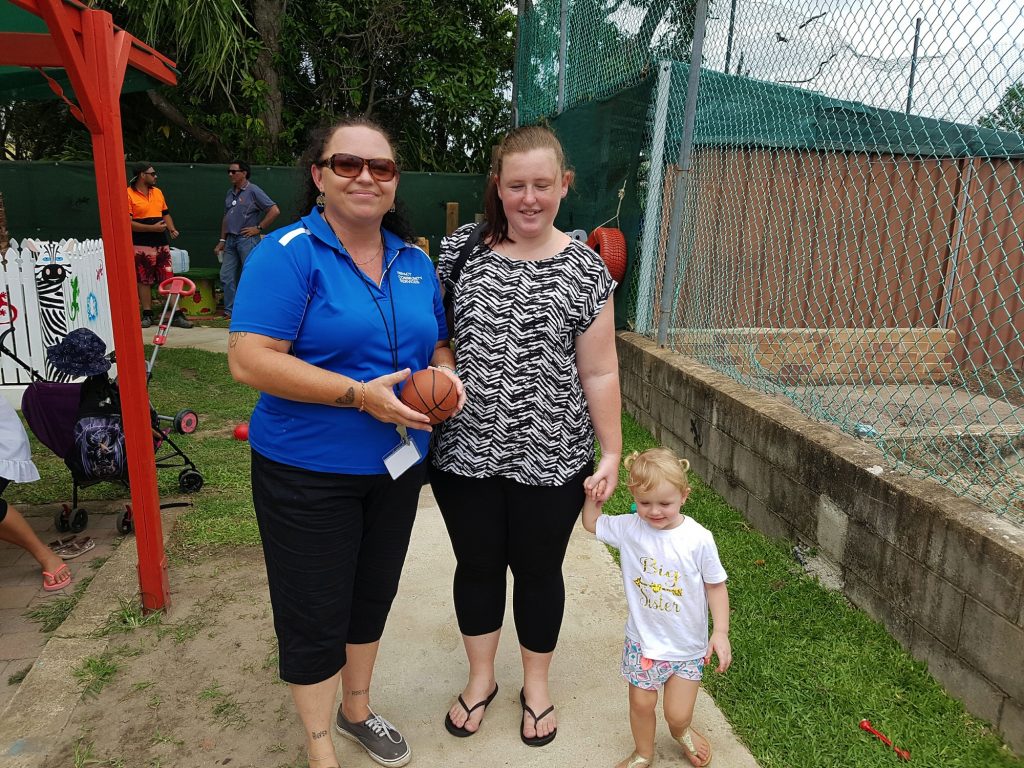 Jasmine Brown is 23 years old with a 3 year old daughter and an 8 month old son. For Jasmine, pregnancy disrupted her plans to study at TAFE and she was ‘really disappointed’ not to be able to continue.

‘I didn’t really know anyone else my age who was a parent and I was pretty much in the dark so it was great to meet other people, younger and older than me and to be able to communicate without feeling judged. It’s such a good feeling to realise that you’re not alone.

‘To be honest, I do it for me more than for my kids. It’s good fun to go and be away from the kids who are playing and being looked after. We do things like scrapbooking where we express how we see ourselves. Last week we had a list of questions to answer about our kids, their personalities, their likes and dislikes. And then we had to answer the same questions about ourselves and it was really difficult. You realise you know your own kids so much better than you know yourself. So it’s good to think about who you are and what you want.

‘I’ve changed from being involved in PSP. I have more compassion. I’ve met mums who experience the same frustration and tiredness that I do but also I’ve met people whose situation is so much worse than mine. There are mums in the group who have kids with disabilities or whose partners are abusive so it gives me perspective, makes me more sympathetic and understanding.

‘I’ve learned things that have made me a better mum. I learned how every kid has a circle of security, they go out and try things and then they come back to you for comfort. I used to get frustrated because my daughterwould cry and her nappy didn’t need changing and she didn’t want a bottle and I couldn’t work out what she wanted. But using the idea of the circle of security I could see all she needed was some reassurance from me before she headed back out again to play with the others. It opened my eyes to what she wanted and how to give it to her. I’m calmer too. If I didn’t have the group I really would go crazy.

‘In Bundaberg, the popular perception is that young mums are young women who have drug problems, who have several kids to several dads, who are off the rails and living on Centrelink. So it’s really great to have a place where no one feels judged.’