Spanner in the works? 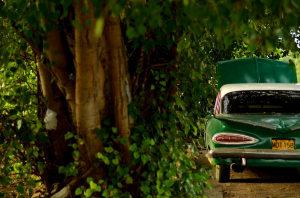 A health literacy program recommends men treat their bodies the same way they treat their cars.

While most of us know the importance of having our cars regularly serviced and checked, when it comes to health and wellbeing men are much more likely to have the car checked than their own physical and mental health, according to the Australian Men’s Sheds Association (AMSA).The men’s health initiative Spanner in the Works? hopes to change all that by encouraging men of all ages to take a more proactive role in their own health.

The project website offers positive tips on how to improve their health and their chances of a longer and happier life. Using the analogy of the car the website emphasises that often minor adjustments can have a major impact on health, relationships with loved ones, friends and workmates.

The Men’s Sheds Spanner in the Works? program encourages men to learn more about their health and wellbeing and get regular physical and mental health checkups.The second component of the program is a health check program run through Men’s Sheds by health professionals who offer on the spot screening and advice.

The philosophy behind the project is to make health information easy to understand, non-threatening and appealing, AMSA project worker Gary Green says. A former community health nurse Gary had worked on a similar program in WA, the Pitstop Program which used the analogy of cars and mechanics as a way of interesting men in their health. Delivered in familiar environments such as agricultural, boating and car shows the health program encouraged men to put themselves ‘over the pits’, have their ‘roadworthiness’ checked and get any necessary maintenance.

Spanner in the Works? is a simpler and more streamlined version, he says. The idea of using a car as a metaphor made intuitive sense to Gary. ‘As a community health nurse with a young family money was always tight and I couldn’t afford a mechanic. So I learned how to do my own car repairs and maintenance. It gave me really good knowledge of how it all works so it was a good idea to describe the human body in a way that men could relate to and understand.’ 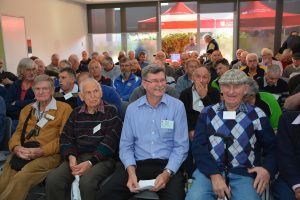 Being able to communicate health information in an engaging way and taking it out to environments where men gathered was a skill he developed working in rural Victoria. It was at local agricultural shows, talking to farmers and doing blood pressure checks that he got used to explaining to farmers exactly what a blood pressure reading of 150 over 85 meant.

‘I used the example of an irrigation system as a simple way of explaining what happens when blood pressure is too high for too long. The system can run on high pressure but over time too much water pressure in the system puts pressure on the joints, the pipes, the sprinkler heads and eventually they’ll give. And if there’s a leak in your head you’ll end up with a nice stroke.

‘Like everywhere else, health literacy in Sheds is poor and men are often misinformed. For example, many men don’t know the difference between prostate cancer and an enlarged prostate. I don’t think health workers are good at explaining things to the public. I don’t mean you patronise people, you don’t. But you have to get back to basics.

Diabetes is a classic example. It’s important to explain to people why we want them not to be obese. When you back up health advice like ‘restrict your diet and do more exercise’ with reasons that are simple for them to understand, you get a lot more co-operation.’ 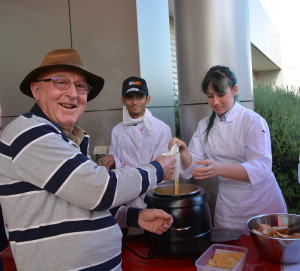 The website provides resources for running face to face health check programs at community locations and supplies a booklet that men can use as the basis for their health screening, which Gary says was developed with the needs of men in mind.

‘You’ve got to keep the health information short and sweet. If there’s too much text men won’t read it. And if they don’t read it, it’s a complete waste of money,’ Gary Green.

Sheds around Australia have held around 40–50 Spanner in the Works? events a year Gary says. ‘These can be big events or small local ones. Local health workers come along to do the health checks. Having the local community health nurse along is ideal because they have good general knowledge and it’s a great way to link Men’s Sheds with community health staff who we find really get on board with the idea. Anecdotally we are getting feedback that shedders are using local health services a lot better than before because they know the staff.’

Ron Lutton, grants officer at Albury North Men’s Shed in New South Wales was the brains behind a successful Spanner in the Works? program that attracted around 100 men from across the region. Ron’s used to looking for funds to install things like a dust extraction system and modifications to improve safety around machinery. But when he heard news of the Spanner in the Works? program he thought it was not only a great idea for the Shed but was an ideal opportunity to tap into the resources of the nearby Charles Sturt University health sciences program.

Knowing how reluctant men could be to talk about health, Ron said making the day appealing and ‘dangling some carrots’ was an essential part of planning. ‘We offered free lunch, a tub of Shed goodies donated by local businesses as well as free cans of paint. One store donated around 19
10–15L cans so we stacked them all up and took a photo and included it with the invite. That was a real drawcard.’

The full day event was divided into information sessions and health screening programs. ‘We divided the men into two groups. While half went off for a series of health checks run by allied health students from the University, the others heard from a range of speakers, including a local GP who had them eating out of his hand and an OH&S expert who talked about the importance of knowing first aid and demonstrated CPR.

Since he put the health wheels in motion, Ron’s got a grant for the Shed to buy a new first aid kit and a defibrillator.His goal is to have every one of the supervisors gain Level 2 Certificate in First Aid. After that he’s planning to run a course in Mental Health First Aid.‘The spin off from Spanner in the Works? is that we are more aware of mental and physical health and what to do about it.’

Murray Henderson was the health event co-ordinator for the third Mt Pleasant Men’s Shed Spanner in the Works? event and it was the most successful yet, he says. ‘We made it an expo with a whole range of people at booths in the local hall available to talk about everything from cancer and diabetes, sleep apnoea, coping with ageing and more. We had JPs and lawyers, nurses and local health workers there to offer all sorts of information, advice and medical tests.

So the set up allowed people to mix and mingle and shop around for the health information they needed. ‘We advertised the event at a range of venues like RSLs, bowls clubs, golf clubs, medical practices, as well as around 30 Sheds in the Adelaide Hills and Barossa region. We had 80 people along which given it was the school holidays was a pretty good turnout.

Murray says Men’s Sheds are a good fit with health and wellbeing promotion programs. ‘Men’s Sheds are great for people with anxiety and depression and offer real mental health benefits. We get calls from doctors and the chemist asking us to contact someone they think would benefit from joining our Shed.

‘The feedback we got after the event was great. People were very happy with it. We’re already planning the next one in 2019 and we’re going to hold it at Mt Pleasant market on a Saturday with a marquee rather than mid week in a hall.

‘The event this year was a great way of finding out more about our health but also from the Shed point of view it was a great networking event. So many of the organisations involved want to continue working with us.’