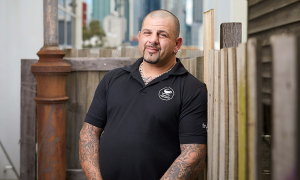 A former drug addict who now mentors people on their release from prison, a retired rugby league star who learned to read at 37, a troubled kid who grew up to help other young people get their lives back on track. Guest speakers Simon Fenech, Ian Roberts and Lana Masterson shared their experiences at the launch of Adult Learners Week 2021 and demonstrated that adult education is a powerful force for change.

Adult Learners Week 2021 was officially launched to an audience of over 300 by The Hon. Stuart Robert – Minister for Employment, Workforce, Skills, Small and Family Business. Comedian and author Catherine Deveny interviewed guest panellists whose lives had been transformed by learning.

Panellist Simon Fenech described how his life was turned upside down after a workplace accident and constant pain led to drug addiction and eventually, jail.

Once incarcerated Simon made a conscious decision to make the most of the situation. ‘I wanted to use that as my turning point, to use it for rehabilitation and to pick up skills that would help me when I got out. So I did as many courses as I could.’

But life on his release was a struggle. He had a roof over his head but no job. ‘No one wanted to employ me because of my criminal record.’

A job offer from Fruit2Work, a not for profit social enterprise, was the break he needed. ‘I was blessed by someone opening a door. I started as a pick packer and today I’m the Operations Manager of the business helping guys and girls coming out of the justice system get their lives back together.

‘My life has turned around a million miles.’

Simon has written a memoir about his experiences called Breaking Good.

From rugby career to TV screen

Rugby champion Ian Roberts wanted to be an actor as a kid. ‘I was part of the acting ensemble at school but the thing that used to terrify me about it was reading from the script.’

Ian hid his difficulties with reading and writing at school. 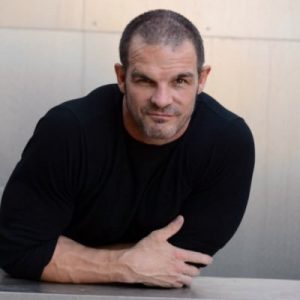 Being a good athlete helped.

‘Fortunately or unfortunately I managed to get by because of my sporting ability. I never had to rely on my literacy capabilities which were basically zero when I left school.’

After a highly successful career in rugby Ian retired at 34. Soon afterwards he walked past the National Institute of Dramatic Art (NIDA) building and on impulse went in to enquire about acting classes. Teacher Kevin Jackson gave Ian a script and told him to go away and learn it and come back for an audition.

‘I can still remember that moment. I looked at the paper he gave me and said “Kevin I can’t read and write.” I can still remember that feeling of owning it. Kevin’s reaction was so perfect. He was totally unfussed. He said “No problem, we’ll tape it for you and you can learn it from memory and we can take it from there.” It wasn’t an issue for Kevin.

‘The faith he gave me that day just changed my life.’

With help, Ian’s reading and writing improved and he went on to complete an acting degree. ‘Making that commitment and giving it the attention it deserved changed my life. I am much more complete as a person now than when I walked into NIDA.’ 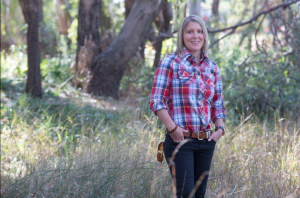 Making a difference in a bush community

When Lana Masterson moved to the tiny town of Lake Cargelligo in Central West NSW from the mid north coast of NSW in 2015 she was struck by the high levels of youth crime and incarceration in the tiny town. ‘It was through the roof. I noticed a revolving door of young people being locked up every week. And it didn’t make sense or sit right with me. I thought, “Something’s got to change.”’

When the opportunity arose to be involved in a pilot program to do something about it, Lana jumped at the chance. ‘Growing up I was one of those kids who went off the rails but I had managed to get my life back on track. So I knew I had something to offer.’ Down the Track provides mentorship, practical education, training, employment and wellbeing support. Since it started, youth crime has fallen significantly. ‘We’ve grown into this amazing youth organisation that offers opportunity and a whole new way of thinking about where you can be. Through our social enterprise we now have kids who are working. It has a knock-on effect because the kids involved are showing their brothers, sisters, cousins and their extended family that there are other options. Seeing that, it’s a beautiful thing.’

Sam, who took up adult literacy classes with a Read Write Now tutor in WA in 2017 says that improving his reading and writing has taken his career in a completely new direction. 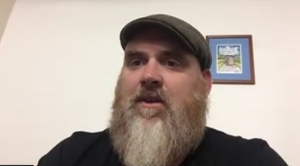 ‘I left school with virtually no literacy skills. I was working ten hours a day as a boilermaker because it was a job that didn’t require any reading or writing. But I got to the point where I started asking myself if this was something I wanted to be doing in ten years’ time. When I saw the ad on TV for help with reading and writing I made the conscious decision to do something about it.’

With help from his tutor Sam’s skills and confidence improved. ‘I wouldn’t call myself a fluent reader by any means but I started to develop some belief in myself. Four years ago if someone had told me I would be running a workshop with 30 people under my leadership there was no way I would have considered that in the realm of possibility. I’ve learnt to try not to feel ashamed. Being open and frank about my limitations and the help I need has been a big thing. I hope that if I can share my story that someone else out there will get the support they need.’

Getting off the jobs merry-go-round

Lauren Stirling’s life-changing moment took place in a woolshed when a farmer suggested she try shearing. Since leaving school at 16 Lauren had been on a merry go round of different jobs.

From supermarket cashier to spray painter, drover, and animal trainer, working on film and TV including ‘Red Dog’ and ‘Neighbours’, Lauren was never able to settle or find a job she could commit to. 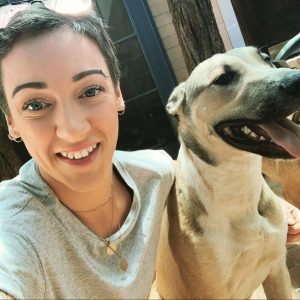 It was a sheep shearing course that turned her around. ‘I really found myself. I really have grown up. Everything clicked and I’m really happy.’

And there’s always something to learn. ‘I’m always looking to be better.’

A new life on the other side of the world

Paco Lara emigrated to Australia from Spain with his wife and child in 2017. A professional musician at 15, Paco is a renowned flamenco guitarist who has toured internationally.

Without English and no connections, it was a shock. ‘I felt like an alien. I didn’t speak English, everything was new and I didn’t know anyone here. It was very hard. 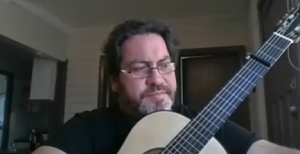 And flamenco music isn’t as well known here as it is in Japan or LA or Europe and so I had to do a lot of promoting of my style of music.’

English classes have helped Paco to settle in, make new friends and launch a solo career. ‘I made a lot of good friends in the class and I have amazing teachers. My English is getting better and better. Now I am trying to be myself in English. I want to be able to express my sense of humour and my personality in English as well as I do in Spanish.’

A recording of the launch which includes music from Indigenous musician Joe Geia and flamenco guitarist Paco Lara is now online.