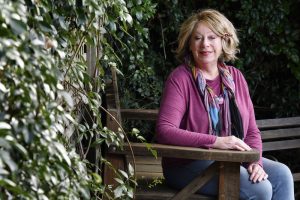 Annie Heyes describes herself as a ‘perennial student’ and attended classes 3 days a week at her local University of the 3rd Age (U3A) in Wynyard, Tasmania.

But the 70 year old had no appetite for learning digital technology. She doesn’t like mobile phones and has never used social media.

‘I was a dinosaur when it came to IT,’ Annie says. ‘When everything closed down, I thought that was the end of my U3A classes.’

But Rees Campbell one of the founders of Wynyard’s thriving U3A and its President was not going to let a pandemic put her off. The last thing she wanted was to see passionate U3A members cut off from the activities they enjoyed.

‘Annie was a really good example one of those wonderful engaging and engaged community members. She is involved with therapy dogs, the uke group, a choir, a writer’s group – everything. Suddenly she had to stop.’

Rees says she scrambled to find a solution. Luckily she had a remote communications specialist in the family and called on her brother for advice. He recommended Zoom as a simple platform that would be easy for older people to use.

‘He shortcut all my research which was just fantastic,’ Rees says. But first she had to learn how to use it herself, then talk the U3A committee into it.

‘Most of our committee are well into their 70s so for them it was a big leap of faith. I talked them through how to use it and spoke to all of them individually on Zoom. Their response was, “This is fantastic!”

But Annie took a little persuading. ‘I was reluctant to try it but with some friendly coaching from Rees I learned how to use Zoom. It was relief to find how easy it was to use. It’s been a terrific tool.’

Resuming classes and seeing her instructor and other students face to face was wonderful.

‘I use Zoom now to meet with my writers’ group, book clubs, and lots of U3A classes as well as staying connected with my family in Melbourne.

‘What it’s taught me is that if an IT dinosaur like me can use it, anyone can.’

Ukelele finger-picking teacher Margaret Cartwright thought she’d stay in touch with her classes using Zoom. But the technology had its drawbacks. Margaret says Zoom is cruel to ukuleles. ‘It treats them like background noise and tries to blank them out.’

Playing ukes together on Zoom was almost impossible because of time lags. And muting everyone and playing one at a time was a bit intimidating for less confident members of the group.

A former lecturer in Nursing with a Masters in Computer Education, Margaret says she’s not fazed by technology.

Margaret switched from Zoom to making videos for her classes instead, teaching herself how to do it by experimentation, trial and error. She has made 30 short videos so far that are published on the U3A website for people to access anytime.

‘I’m getting much better at doing them now. In some of them I’ve left the mistakes in and I just say, “I stuffed that up didn’t I?”.’

Margaret says she’s learned about herself as well as new technology in the process. ‘I’ve developed more self-confidence.

‘Seeing myself on video has made me worry a lot less about making an idiot of myself. It sounds ridiculous but I used to get stage fright every time I had to give a lecture and I never got over it. People tend to think I’m a lot more confident than I am.

‘I don’t worry so much about whether I look foolish and my singing is getting better. Now I can watch myself on video and I think “That doesn’t sound as bad as I thought!”.’

Margaret sees herself continuing to use new technology into the future. ‘My husband and I won’t be rushing back to communal gatherings of any sort any time soon. I’d particularly like to use it to keep in contact with friends and family so I’m trying to persuade them to adopt new technology to stay in touch.’

Rees Campbell is excited by how well U3A members have coped and learned new skills during lockdown. ‘U3A is my absolute passion, and I think it’s heaven on a stick.’ 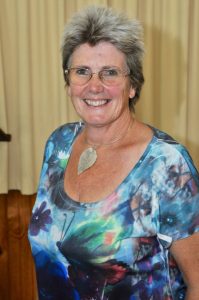 ‘Not being involved in adult education left an enormous hole in my life. I moved to Wynyard which is a delightful place to live. But adult education was a sector that had been starved out of existence by various governments and we felt its loss in our community. And U3A is undervalued education in so many ways.’

Together with local Janet Sell, Rees established the U3A in 2014.

In six years enrolments have grown from 28 to 160, prompting a number of venue changes to accommodate the growing numbers of older people wanting to get involved.

‘This area is a very blue collar area with high unemployment and although our name includes ‘university’ we really wanted people in our community to get involved in sharing their knowledge and skills. For example, my husband is an amateur ornithologist whose formal academic education finished when he left school in year 10. He has never tutored people before but he is master mariner and is our resident bird instructor. During lockdown, tutors like him took up Zoom and did a session on birds of the region for almost 30 of our members.’

‘Wynyard is a little village and you’ll find astrophysicists, geologists, poets, authors, so many people with fascinating interests and skills living in this area. U3A has allowed genuine intellectual exchange and has been incredibly successful. It’s grown gradually enough for us to deal with changes and it’s a really lovely community.’