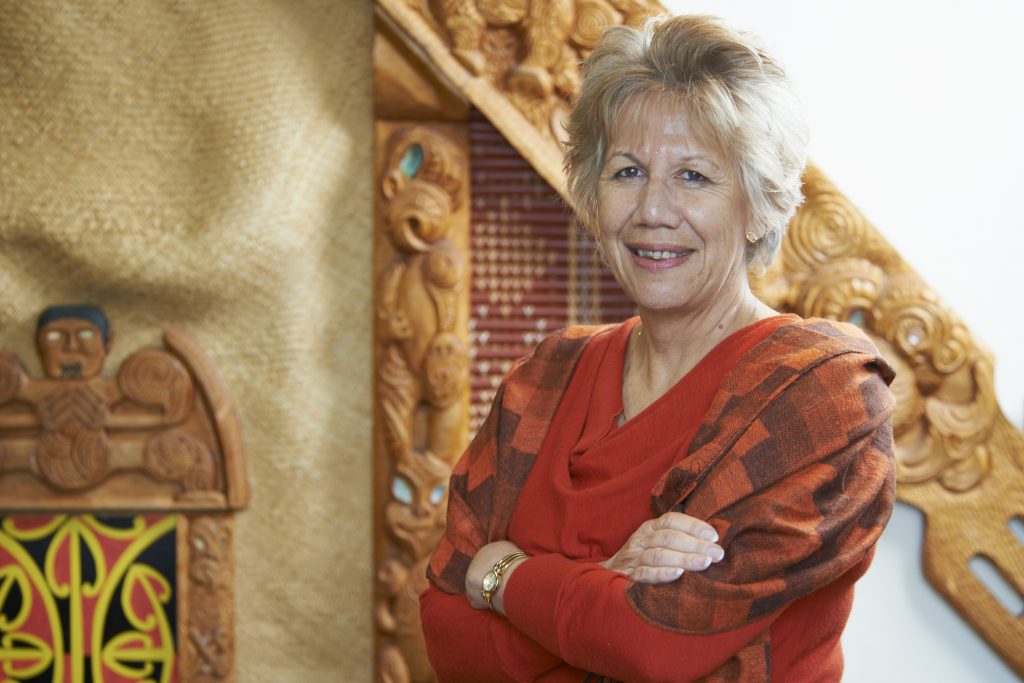 When she was a girl Sandy Morrison didn’t enjoy singing and performing on stage with her family for an audience of tourists wanting a taste of Maori culture. ‘Reading books was my escape. In books I was able to discover other worlds and I got hooked on learning.’

Sandy was the first in her family to graduate from university and knows from first-hand experience how you become an example for others to follow. ‘Your family and friends see the benefit of education and they can see you have better opportunities. For example, you don’t have to work a job that involves night shift or low pay. The education revolution starts in your own circles with people you know. It has a ripple effect.’

Sandy is only the second woman to head up the ICAE, a global network that advocates for adult learning as a universal human right.

ICAE promotes adult learning as an important tool for informed participation in civil society and sustainable development. The Council is comprised of seven regional organisations from across the globe representing more than 800 NGOs in more than 75 countries.

Before being elected earlier this year, Sandy spent four years as President of the Asia South Pacific Association for Basic and Adult Education (ASPBAE). It was an experience that gave her valuable international insight into the diverse communities of the Asia Pacific. ‘During my time in office I think I brought a strong and Indigenous Māori perspective to adult education and was able to enhance and validate culturally diverse approaches to adult learning. The opportunity arose to increase ASPBAE’s international exposure and shift our direction into advocacy more. This gave us new programmes at local and grass roots level while allowing us to affirm a rights-based approach to adult education.’

Sandy has vivid memories of her first encounter with the organisation she now leads. ‘I went to my first special assembly meeting for ICAE in Manila in 1999. At that time I was new member of ASPBAE. I had been involved in our own Maori educational revolution and here I was meeting people from around the world concerned about human rights and justice – things I believed in most avidly. We all had seen the transformation adult education could bring. I felt this amazing synergy and felt that I was in the right place with the right people. It is a privilege for me to serve ICAE as President and the time I had in ASPBAE at its presidential helm has given me solid experience for the work to come.’

In 2009 Sandy was inducted into the University of Oklahoma’s International Adult and Continuing Education Hall of Fame, which honours leaders in the field.

From her years of involvement in tribal education and the revitalisation of Maori language and culture, Sandy has a long commitment to causes that bring to visibility groups that have been ignored.

Being a tribal woman is useful when it comes to keeping in touch with the communities she represents. Whether it’s with a community in a forest in south Malaysia or a village in China, Sandy says she’s learned to keep her antenna up and perfect the art of listening hard. ‘My listening skills have improved incredibly. I listen to what’s said and what’s not said, I try to ensure that nothing’s lost in translation but at the same time I’m aware of how other communities are contextually informed and there are some contexts that I am still learning about. I rely on the Executive Council who have representatives from regions around the world and I ask them for advice.’

Sandy has two major goals for the next four years. ‘First, I want to reaffirm and strengthen that access to good quality education is a human right.

‘Secondly, I want to achieve greater recognition of the importance of education in sustainable development and this means taking into consideration the rights of women and those vulnerable groups. For example, the number of illiterate people is still unacceptable.’ 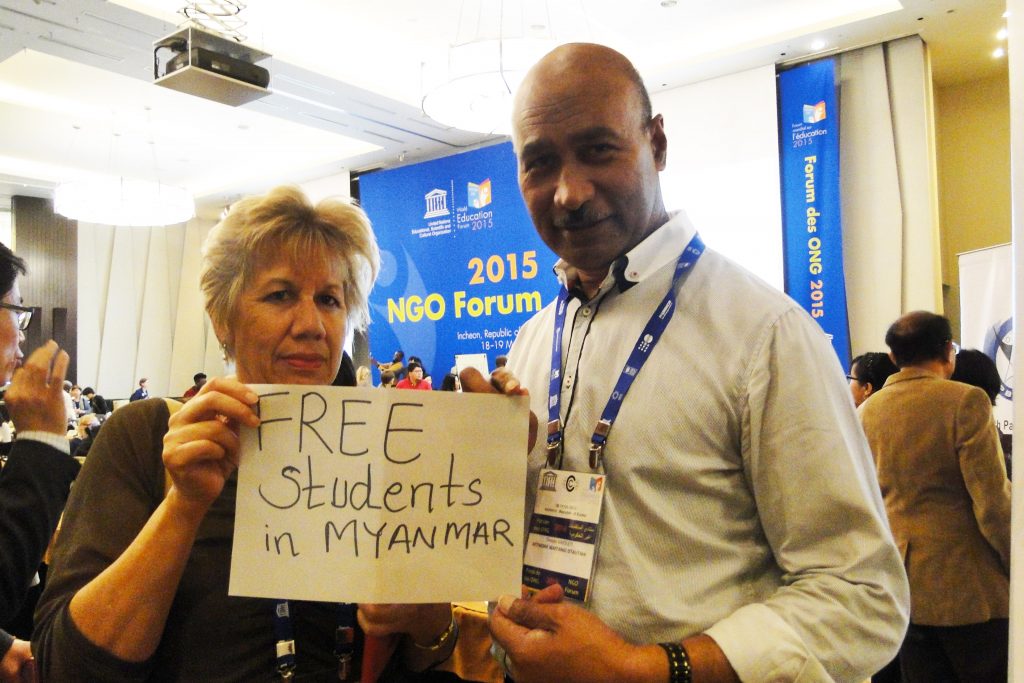 Giving voice to the voiceless

ICAE was created in 1973 with a specific mandate to advocate for youth and adult learning and education as a universal human right. It has 7 regional bodies – Africa, Arab Region, Asia, Caribbean, Europe, Latin America and North America.

Finding ways to support communities whose education systems have been all but destroyed by natural disasters is a major challenge and at times can be overwhelming. ‘The recent earthquakes in Nepal have destroyed many schools and although the relief effort has been great, we’ve had to come up with new ideas and ways of best supporting the community to rebuild the education system in partnership with them. In Vanuatu, which was hit recently by cyclones, our focus follows the lead of our agencies on the ground.’

Heading up a global organisation as well as holding down a full-time job and balancing the needs of friends and family can be a juggling act. Keeping a perspective is important, Sandy says. ‘When it gets stressful, I go to the gym or I cuddle a baby. There’s nothing like changing a nappy to give you a reality check.

‘There are small and incremental ways you can create change. A colleague of mine told me once “A small flicker of a candle can brighten the darkest room.” And I’ve never forgotten that. Change can happen every day in small ways and lead to big changes. Many small flickers of candles can create a constellation. I believe that we have the power to make big changes from small ones.’