In the northern UK city of Sunderland there’s a learning centre underneath the stands at the Sunderland Football Club. Local football fans – many of whom are unemployed – can attend a literacy program, get advice on preparing a CV, attend courses on the history of the club, and learn about how and why the intense rivalry with neighbouring Newcastle began.

For Professor Alan Tuckett, the centre demonstrates creative thinking about learning. ‘There’s a richness to the offerings at the centre, it offers multiple routes back to learning, both informal and formal. It focusses on what really matters to people.’

Governments would do well to turn that sort of thinking on the topic of intergenerational learning, Alan says. ‘Policymakers tend to think of education as schooling and that’s very artificial. In fact schools rely on the culture in which they operate. If kids go back home after school and no one is practising literacy they very rapidly lose the skills they’ve picked up at school.’

But convincing governments that seeding and enabling learning instead of owning and controlling it via the framework of the formal education system can be a challenge. And a lot of that has to do with trust, Alan says.

Just look at the Scandinavian model as an example. ‘In Denmark in the 19th century the country reorganised itself out of a major recession through people sitting around and talking. Small groups of ordinary people met in study circles to learn about and explore political and social issues. Today they believe fundamentally that there is a relationship between a study circle and democracy. They believe that education and learning helps society as a whole because learning encourages active citizenship. They trust it because it’s worked for so long. Accountability is after the event when the government asks “What did you do with the money?”

‘In contrast, in countries like the UK and Australia funding for adult education is tied to “What will you do with the money? What outcomes will you achieve?” What the increasing strength and role of finance ministries over the last twenty years has done is privilege those things with very obvious short-term outcomes and encourage mistrust of things which don’t quite work like that.’

‘At one point I went to the UK Treasury to talk to the Chancellor of the Exchequer about all the wider benefits of learning, the really solid research evidence about the health and wellbeing benefits, the tolerance benefits, the work benefits and so on. And one of his advisers leaned across the table and said, “You can show a very strong association but you can’t show causality. You can’t say which caused which.” “Fair enough,” I said. “But that’s also true about qualifications and productivity. Since you measure productivity by wages there’s no more of a formal link in causal terms. So you believe one prejudice and you don’t believe another.”’ 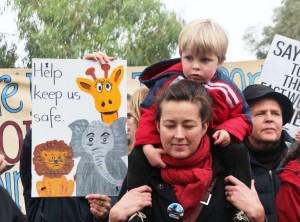 Being involved in the community fosters learning.

This devaluing of informal learning can be internalised too, Alan says. ‘If we only count or notice or measure the work of people inside the waged economy then all the richness of the labour done outside of that in our communities and society is lost. Then you get people who learn but they don’t see that what they’ve been doing and what they’ve been acting upon counts.’

‘Whereas once you’ve been involved in some kind of movement, whether it’s getting a traffic light put at a busy road or saving a community centre or reversing a bad decision somewhere you never forget it. You have a sense of “I can change the world.”’

‘If you add up all the labour done communally in our society you suddenly realise what a rich, rich world there is in which work has an important place – but it’s only one place.’

Alan has made a career of defending and championing the benefits of adult learning, and of arguing that adult learning is about much more than workplace training and qualifications.

In the early 1990s, the UK government argued for an end to funding of adult education. ‘I remember one government minister saying “Taxpayers don’t want to pay for flower arranging classes”. So we found a merchant banker who’d gone to adult education classes in flower arranging and who became a florist. He had set up a successful shop in Brixton and ended up employing half of his classmates – most of them unemployed men.’

Apart from highlighting the diversity of people undertaking adult learning for a wide range of purposes, the story of the Brixton florist demonstrates the power of adult education in bringing together people of different social classes.

‘What’s great about informal learning of the kind that adult community education offers is that it gives chances for people of very different backgrounds to mingle around a common enthusiasm. One thing that’s most frightening about where I live now is that people increasingly only bump into people like themselves. That makes it harder for people to see all the other humans in our society who are worth caring about and so it’s easier to think about migrants, refugees, or marginalised groups as the “other” rather than
as “us”.’

‘Adult learning is like a weed that you can never get rid of. No matter how much you try to kill it off, it will always spring back.’

‘Which is why I like the whole idea of intergenerational learning. Suddenly the wonderful idea is in play that on one hand you have young people going into residential homes helping older people learn technical skills which revitalises their enthusiasms and interests. And on the other hand you’ve got elders helping younger people learn about history or improve their literacy and it’s all dynamic again and creative.’

Governments change, policies are rewritten, funding waxes and wanes. ‘The trick for those of us in adult learning is somehow not to be left disabled by changes in government funding. Of course we have to influence governments to do what they can and must do. But for us community educators I think it’s important to remember they don’t take away your soul when they take away your cash. At some level we still have a responsibility to imagine solutions for tomorrow.’

Listen to a conversation with Professor Alan Tuckett recorded at ALA’s office recently.

Professor Alan Tuckett OBE has forty years experience of leadership roles in lifelong learning in the UK and internationally. He is credited with popularising the term ‘adult learner’ and in the 1970s helped start the UK’s national adult literacy campaign. He was chief executive of National Institute of Adult Education for 23 years, where he started
Adult Learners’ Week, which has spread to 55 countries, and commissioned the independent Inquiry into the Future of Lifelong Learning. He is currently sharing the position of Professor of Education at the University of Wolverhampton.