Bridges and barriers to adult education in the bush

Barry outlined some facts about the adult education situation in rural and regional Australia :

Bronwyn outlined the particular challenges facing Aboriginal and Torres Strait Islander adults in accessing education and the various initiatives being undertaken by CQU to assist with this engagement and transition in higher education. Some of the strategies included:

The rest of the forum brought together people working in a diverse range of providers of community based informal and non-formal learning. We heard from presenters from the Queensland Men’s Sheds Association, as well as a local shed, the Capricornia Community Literacy Program, the Sabaya Bellydancing group and the Rockhampton Community Garden. We also heard a range of snapshots of new research into adult education.  The forum started a powerful conversation about adult education in Rockhampton. We hope to do the same in some other regional centres. 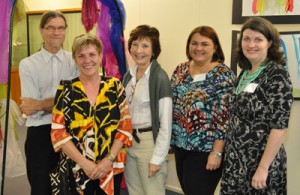