Where to for lifelong learning? 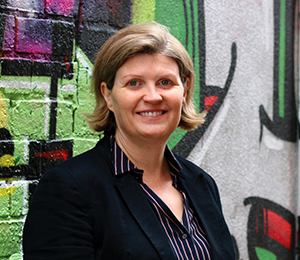 Before we decide ‘where to’ for lifelong learning. It is perhaps useful to reflect on ‘where from’. The dominant philosophy that has underpinned public policy in relation to lifelong learning in Australia, since at least the early 1990s is human capital theory. Human capital theory views learning as a rational investment in the self, resulting in a ‘return on investment’ in the form of higher wages for individuals and productivity increases for the economy. It finds its philosophical home in neoliberal economics and its products are outcomes-based funding and competency-based assessment.

The limitations of human capital theory are obvious to all who work in adult education and its adjacent fields. It relies on levels of measurability that are imprecise at best, ‘othering’ at worst. It reduces the complexity of working people’s knowledge, judgements and artistry to the most narrow, obvious and observable skills. It privileges work in the formal labour market and ignores the many other human experiences that require us to keep learning.

By ignoring the ‘life’ part of ‘lifelong learning’, it renders invisible the contributions of those (predominantly women) who labour outside the formal labour market – raising kids, caring for our frail aged, running sporting clubs and attending to neighbours. As my colleague Barry Golding would often say: ‘it is a sick, sad and sorry society that only cares about what we do for and with our money’.

Yet government interest in human capital theory since the early 1990s has resulted in significant investment in adult education, and therein lies the rub. Those of us old enough to remember a kinder, gentler period of adult education, before the era of competency-based assessment and outcomes-based funding, often forget how much of it was funded through bake sales and unpaid feminised labour. The not for profit Learn Local sector in my home state of Victoria, for example, has attracted record funding during a recent period of radical neoliberal policy experimentation. In neighbourhood houses, libraries and learning centres, adult education continues to transform lives, despite the attendant challenges.

Little wonder that governments sometimes look at the sector, scratch their heads and ask: what on earth are you people complaining about?

Lifelong learning in neoliberal times is an exhausting dance. Practitioners complain in private about Kafkaesque compliance, dehumanising measurement and ever-increasing workloads, while publicly thanking government for the funding that allows people to learn and achieve nonetheless. Those who manage to carve out spaces for innovation at the margins, urge the rest to keep quiet about the narrowness of funding frameworks. Teachers struggle every day to turn a system in which learning is often a reward or sanction in increasingly cruel ‘mutual obligation’ regimes into a meaningful learning experience for the most marginalised people.

ALA’s members have long advocated for a Northern European style lifelong learning policy, in which investment from cradle to grave in lifelong and lifewide learning allows all of us to pursue meaningful work and contribute outside the workplace, including into old age. I don’t believe such a thing is possible within the current neoliberal policy frameworks of both major political parties – which doesn’t mean I don’t think such a thing is possible at all!

The struggle for lifelong and lifewide learning for all must continue at the margins of Australian public policy for the time being. In the longer term, it needs to be one part of a bigger struggle for public policy that puts people and their needs first, and draws its information from the bottom of social hierarchies instead of the top.

We live in a world where neoliberalism and its attendant theories are running out of puff. There are emerging signs that people, and the governments who respond to them are looking for new approaches to learning in a way that was unfathomable only a short time ago. The challenge for us is to make space for new ways of thinking about learning while respecting the work of those who struggle every day within the parameters afforded by government policy today.