The Learning Age – 20 Years On 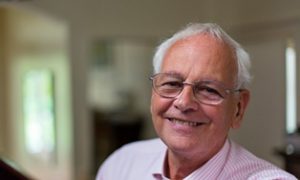 If governments in England had consciously set out to decimate opportunities for adult learning they would have been hard pressed to do better than the apparently accidental consequences of policy here over the last fifteen years.

In that time, almost 2 million adults have been lost as public funding of further education [Australia’s equivalent of TAFE and adult community education] swung to ever more narrowly focussed provision for the under 19s. In higher education meanwhile, 60 per cent of mature students have gone since student fees were tripled in 2012–13, and four in five of them were at sub degree level.

This was the background context for a conference organised at the University of Wolverhampton, to mark the 20th anniversary of the publication of The Learning Age, the 1997 Labour Government Green Paper that led to a cornucopia of new initiatives to promote lifelong learning. The paper opened with an inspiring foreword from David Blunkett, then Secretary of State for Education and Employment.

In it he argued:

As well as securing our economic future, learning has a wider contribution. It helps make ours a civilised society, develops the spiritual side of our lives and promotes active citizenship. Learning enables people to play a full part in their community. It strengthens the family, the neighbourhood and consequently the nation. It helps us fulfil our potential and opens doors to a love of music, art and literature. That is why we value learning for its own sake as well as for the equality of opportunity it brings.

It is just such a vision that is lacking from contemporary policy – so the event hoped to kick start discussion by reviewing critically the successes and failures of initiatives like the university for Industry, individual learning accounts, unionlearn and the Skills for Life literacy and numeracy strategy, asking what could be taken on board for a future lifelong learning policy perspective. The day was exhilarating – but will it make a difference? Watch this space!’