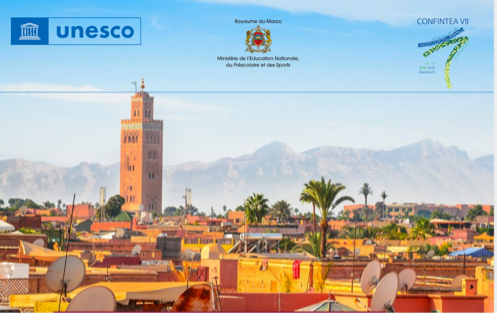 Adult learning and education for sustainable development – a transformative agenda

15 – 17 June 2022, Marrakech, Kingdom of Morocco
Under the High Patronage of His Majesty King Mohammed VI Preliminary timetable of the hybrid conference

Adult Learning Australia has for many years supported and participated in CONFINTEA. The 1997 Hamburg conference saw a large contingent of delegates from AAACE (ALA predecessor), some who were part of the official Australian government delegation and some who attended as Australian adult educators. CONFINTEA VI in Belem 2009 was delayed and unfortunately did not see a large delegation from Australia, either government representatives or Civil Society Organisations (CSO) representatives from organisations such as Adult Learning Australia (ALA).

The resulting Australian national delegation to CONFINTEA included an official government representative who was based in Paris but did not attend the conference in person, plus three representatives of ALA, President Annette Foley, CEO Jenny Macaffer and me, who all participated virtually. To communicate with each other as the conference unfolded, we established a What’s App group and were joined by ICAE President Robbie Guevara plus an additional government official in Canberra.

Before CONFINTEA ASPBAE ran April regional consultations where representatives of CSO attended, including myself and others from Australia. These consultations fed into a full-day workshop run by ICAE on the day before CONFINTEA VII to finalise a CSO statement to be taken to CONFINTEA VII. Whilst there were approximately 50 people participating face to face in Morocco, over 85 people across the world were online for the full day. Although there were technical difficulties it was very worthwhile to come together and the output from the day was valuable to guide our participation and response to issues arising at the conference. Key components of the CSO statement “Adult Learning and Education – Because the future cannot wait” included: ALE is a fundamental human right of all youth, adults and older adults – both women and men – a public endeavour and a global common good; transformative ALE nurtures autonomy, emancipation, freedom and democracy, increases the agency of learners and embraces cultural, ethnic, epistemological and linguistic diversity; the urgent need for the achievement of literacy for all; ALE’s aim to support inclusion and participation; ALE requires strong financing aligned with regional and international benchmarks; the need to professionalise ALE; that gender equality remains one of the main goals of ALE; vocational education and training (VET) leads to employment for decent jobs; the solutions to the problems of our world are not solely technological but pedagogical; and that civil society plays a fundamental role in ALE.

“As members and partners of ICAE, we remain committed and united for ALE as a fundamental human right and a precondition for social and ecological justice, wellbeing, change and transformation, because the future cannot wait” (ICAE, 2022)

CONFINTEA VII was a well organised hybrid conference with translation and easy access online to the different sessions. It was clear during the conference the high level of expertise that CSO participants brought to the proceedings. Individuals from ICAE and ASPBAE were involved as session chairs, speakers, and the conference raconteur. In the Australian delegation, the CSO statement (above) was shared with our government representatives but the actual Australian government submission to CONFINTEA VII was developed by the Skills department and was not shared with ALA representatives before it was submitted. Unfortunately, the Australian government submission did not support the setting of financial targets for national governments and CSO representatives on the drafting committee had to advocate greatly to address this.

Their success was evident when 140 nations supported the Marrakech Framework for Action (MFA) including commitments to financing which were significant.

“Increasing public funding and resource mobilisation for ALE and preventing regression in existing budget allocations, as well as progressively meeting the international benchmarks of an allocation of at least 4-6% of GDP and/or at least 15-20% of total public expenditure to education.” (ICAE website 2022)

“Working towards filling the funding gap to meet the SDG 4 adult literacy targets and to integrate skills training through the fulfilment of existing commitments related to official development assistance (ODA), including the commitments by many developed countries to achieve the target of 0.7 per cent of the gross national product (GNP) for ODA to developing countries.” (ICAE website 2022)

The Marrakesh Framework for Action (MFA) provides action recommendations for transformative ALE. They are to: 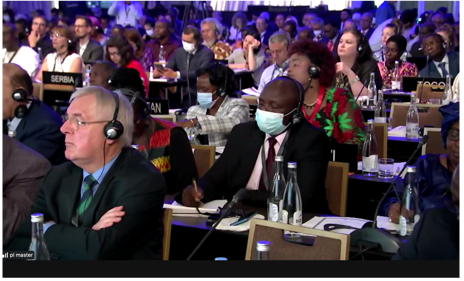 This will require “international cooperation for enactment and monitoring” (MFA, 2022) and a concerted effort by nations including Australia. Adult Learning Australia will be following up with the Australian government to discuss the MFA and to identify how this may be actioned by both government and CSO.

Dorothy Lucardie (ALA member and past President) 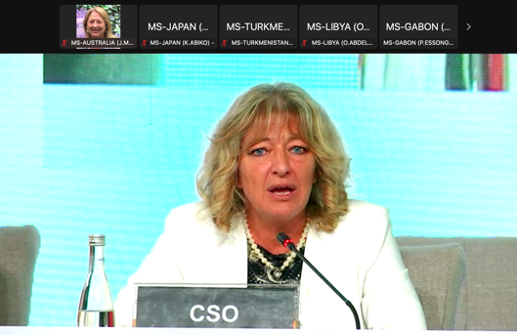 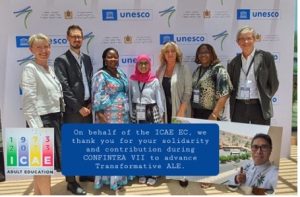 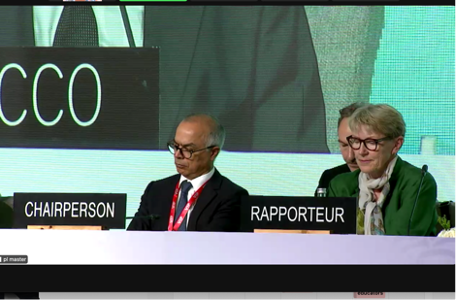