Seniors take the stage for an encore career 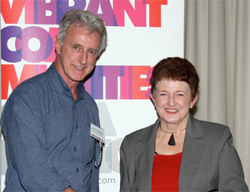 South Australian Jim Fenemore has just embarked on a brand new career in community capacity building after over forty years working as a photographer. Jim is 70. His life-changing career shift is part of a trend that social researchers are terming ‘encore careers’ and it would not have happened without a learning experience that opened his eyes to new possibilities.

With the dramatic increase of people living until their 90s, the period of time between retirement age and end of life has become a new focus for employment, skills and learning. In an innovative research paper published by the National Centre for Vocational Education Research, researcher Jane Figgis shows that far from being a time of inactivity, the traditional ‘retirement years’ are becoming a period when people can achieve significant personal and social goals for which they may not have previously had time.

Figgis uses the term ‘encore career’ to describe a new direction in work (paid or unpaid) undertaken at this life stage and suggests it presents a large opportunity for Australia’s learning and training industries; one which she believes the ACE sector is well positioned to meet.

Australia’s remarkable change in life expectancy (25% of 65 year olds will now live to 90 and that figure is rising) has effectively created a new life stage, known as a third age. Far from being a time of inactivity and decline, the third age is increasingly being seen as a time of new opportunity. “After around 50,” Jane Figgis explains, “age predicts very little about a person’s mental acuity or capacity to conduct activities and harbour ambitions. The point where health and vigour give way to frailty is highly variable between individuals.”

Figgis believes our whole concept of retirement needs to shift. “The current retirement age (65 years) is an entirely arbitrary point in someone’s life,” she says. “It was introduced in the 1880s in Germany, when average life expectancy was less than 50 years but it still defines our public and policy imagination world wide.”

Figgis is quick to point out that the third age should not be merely a prolonging of the second stage. “There is a point when people should close a mid-life chapter in their work, yet stand decades away from anything resembling traditional old age.” She describes it as a shift from an almost exclusive focus on work and family to self-fulfilment and community.

Negative and often inaccurate perceptions of aging remain one of the key barriers to changing mindsets. “Considering the profound antipathy to, if not downright fear, of aging in Western society, the message that we should be prepared to move beyond mid-life may not always be warmly received,” says Figgis.

Even for those still below traditional retirement age, discrimination is an issue. Age Discrimination Commissioner, Susan Ryan, speaking at a Human Resources Directors’ Networking Forum in Sydney earlier this year, revealed that the long term unemployment ratefor people aged between 55 and 64 is double that of younger age groups. “People who lose their jobs between the ages of 45 and 65 have huge troubles finding another one, and many don’t,” she says.

With Ryan’s research also showing that poverty and homelessness are growing among older Australians, it is time for some radical rethinking about the issue of training, work and older people.

Lifting the workforce participation rate of older workers has been the policy of both Coalition and Labour governments since 2004, however according to Figgis, progress has been limited by entrenched assumptions about older people as workers (ageism) and lack of flexibility in the workplace. “One of greatest barriers to moving past ageing stereotypes is that people often do not believe they are being ageist. They see their stereotyping as simply reflecting ‘the truth’ or ‘reality’,” she says. 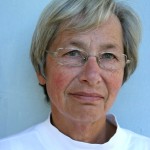 Figgis believes that the answer lies in reskilling older workers for an ‘encore career.’

An encore career will mean different things to different people, but generally speaking it is defined as work undertaken in the third age that is different to a person’s previous work, and importantly, involves new skills, growth and renewal. “The idea that an encore career takes a person to new places, that it requires learning—non-formal or formal—is exactly what makes an encore career attractive to many people,” says Figgis.

In the United States, where the term originated, an encore career is defined quite specifically as work in the second half of life with a social impact, a social purpose to ‘get America back on track.’ In the United States, encore careers are backed by a large national organisation, Civic Ventures, who funded community colleges to award Encore Career Program Grants worth $75,000 for three years.

Jane Figgis approached people in the VET and ACE sectors during her research and received a positive response from both. In the words of one VET executive training for encore careers was a ‘no brainer!’

However it is the ACE sector that Figgis believes has a really important role to play in encore careers training because it’s flexible and not constrained by a large bureaucratic framework.

“ACE is the natural next step,” says Figgis. “I’d like to really encourage the sector to get creative with this idea. It’s an emerging concept that really needs imagination and creativity and the ACE sector exemplifies this. They have that openness.”

The conclusion Figgis has reached through her research process is that training for encore careers will work best when it is highly specific and targeted to local interests. “If a community has a high interest in environmental issues,” says Figgis, “then a centre could run session for ‘encore careers in a green economy’. Older people could become involved in auditing people’s homes. There is some training needed, but not a full course. ”

Figgis believes that ACE centres have this capacity to respond in a targeted way to their local learning community and as community hubs, they are also a natural fit to provide the social connectivity needed to start generating conversation and support around encore careers.

If you are interested in discussing encore careers training and the possibilities for your centre, Jane Figgis would like to hear from you. Please contact her directly at j.figgis@iinet.net.au