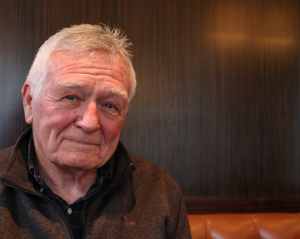 Despite the structural strength of our educational system, we are a long way from a lifelong learning society. This situation is not because of complacency, but because of deliberate policy decisions that diminished the value and the resources available to anything other than undergraduate programs at a university.

The history of lifelong learning in Australia – its rise and decline – is instructive. History can inform policy evolution.
I think lifelong learning began informally in Australia in the 19th century with the evolution of the Mechanics Institutes, where skilled workers voluntarily attended seminars and congregated in halls and other places to learn about the changes in equipment and manufacturing that accompanied the Industrial Revolution.

Early Mechanics Institutes offered adult learning in the sciences and technology at a time when there were no public libraries, or colleges and by current standards low literacy and numeracy levels. Despite this, Mechanics Institutes grew and prospered and in the latter part of the 19th century offered a wide variety of educational activities for both men and women; particularly in rural Australia.

Their success, in many ways was their downfall because there simply were not enough voluntary resources available to maintain them. The introduction of government funding led to the creation of more formal structures such as public libraries, technical schools and eventually the Mechanics Institutes fell away.

The greatest impetus in the modern era for the adoption of lifelong learning as a concept was the emergence of the Kangan report in 1974, which emphasised the centrality of the individual in a vocational context. However the Kangan report was a disaster for the lifelong learning movement in Australia. Despite being enthusiastically supported by the Whitlam and Fraser Governments it was derailed in the 1980s when Australia was beset by economic problems and high youth unemployment, and vocational education with its focus on the needs of individuals in a manpower context, was seen as a failure.

The Hawke Keating Governments saw vocational education as an instrument for industry with the needs of the individual as secondary. They removed educators from curriculum formation and created a variety of industry councils with industry as the client, unimpeded by any educational concepts. This is still the practice today almost 50 years after the Kangan Report was first released. There is unfortunately a disconnect between the needs of the individual, the needs of the economy and the skills needed for a cohesive and fair society.

Since the Kangan Report, other than unimpeded financial support for university education (at the expense of applied tertiary education offered by the advanced colleges) there has been little attempt to revisit the policy framework other than to introduce competition into VET and to drain the VET sector of its resources.

A lifelong learning policy can’t ignore the link between the world of work and education at the post secondary level. A fundamental tenet is that all post secondary education must deliver economic, social and individual student benefits if we want a fair and equitable society. Complex – Yes! But vital. If Australian society is to be a cohesive society then we must ensure that effective learning opportunities for adults whose learning needs have been overlooked are facilitated.

To this end, our system fails. Certificates 1 and 2, which deal with the most vulnerable in our society and are designed to improve basic skills have appalling completion rates. This doesn’t surprise me because Certificates 1 and 2 are a product of an industry driven system. But we have allowed this dishonest educational policy to persist for 20 years. The policymakers’ response has been to blame institutions, not the design of the system, knowing full well that the outcomes at best are appalling.

Our post-secondary education system is out of balance and for our society’s sake it needs rebalancing.