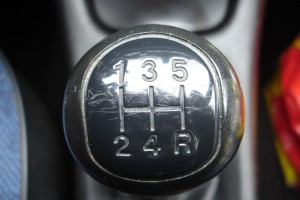 For some people studying for their learner’s permit can be a major challenge. An Adelaide course is proving highly successful at getting new learner drivers out on the road.

It’s not often you get a group of students aged 17 to 70 in the same classroom. But a course at Adelaide’s Bagster Road Community Centre is attracting people from all walks of life. What they all have in common is a desire to drive.

Getting in the car and driving to work, to the shops or to visit friends is something most of us take for granted.  And it’s easy to forget that the whole process of learning to drive can’t happen without getting your learner’s permit first.

‘People who don’t drive can be seriously disadvantaged. They can have trouble getting jobs, can be socially isolated and life is just more stressful,’ Michelle Grinter, neighbourhood development coordinator and co-ordinator of the Getting Your Learners Permit class says.

Being able to drive improves job prospects and independence

You only have to see the impact of getting a driver’s licence on people’s lives to appreciate the full effect, Michelle says.

‘One of my students was a young woman with five children under the age of 6. It freed up so many more opportunities for her after she learned to drive.’

Another former student was a young woman who came from a disadvantaged single parent family. ‘I ran into her at Big W where she was working. She told me that once she got her driver’s licence and a car, she got a job.  Now she was able to support herself as well as help her mum as well running her brothers and sisters around. She was also studying too.’

But studying for and sitting for the learner’s permit test can be a huge hurdle for some people. Some students have tried and failed the test a number of times before. It wasn’t until the day of the final test when the person from Transport SA recognised one of her students that Michelle learned that the student – a  middle aged woman from a non English speaking background – had tried and failed the test 39 times before. When she passed, the instructor said, ‘I can’t believe she passed!’

‘They’re a real mixed bag,’ Michelle says. ‘In the same group we have people who never learned to drive because they’ve been in prison, or because their partner who has just died did all the driving, or because they have a mental health problem like anxiety or ADHD that’s really limited them when it comes to learning.’

Returning to a classroom brings benefits

Having a learner’s permit and learning to drive has a big impact on people’s work and study options, but the biggest outcomes aren’t tangible Michelle says. ‘They are the sorts of thing you can see but that are hard to measure like increased confidence self awareness and self respect.’

For some people, being back in a classroom is a milestone in itself. For others, working as part of a group, the chance to learn and share in other’s success is a new experience.

The course gives those with limited social skills the opportunity to build self confidence and feel a sense of achievement that has a flow-on effect into other areas of their lives.

And for most of her students, these kinds of flow-on effects are common. For one teenage boy with a severe learning difficulty, getting his learner’s permit gave him the confidence to sit school tests. ‘His mother couldn’t thank me enough.’ 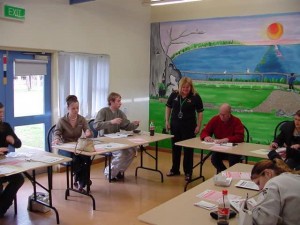 What started as a school holiday program for local high school students in 2004 has become a magnet for people from all walks of life.

Michelle was a volunteer at Bagster Road Community Centre ten years ago when she was looking to develop a course that would be relevant to the needs and interests of local high school students. Getting their learner’s permit seemed a good choice.

Apart from covering the road rules, Michelle includes visits from the police to learn about fines, guest speakers from Consumer Affairs to talk about what to look out for when buying a car and how to spot finance and used car scams. A driving instructor visits to talk about the process of taking driving lessons. At the end of the course, each student does their test with Transport SA.

Michelle uses a range of strategies to engage with her learners, using model cars to make examples practical and easy to visualise. ‘We go through every possible road rule and make sure they fully understand it and can use the model cars to demonstrate the variations of each rule.’ Michelle includes a mock test so students can identify which areas they need to work on before the final test.

The book of road rules that students need to learn is a serious challenge for people with literacy problems, Michelle says. ‘A big part of the job is translating the text and getting rid of jargon so people can understand it and apply it to real life situations.’ Students are encouraged to use mnemonics to help them simplify the process and remember the elements of a range of rules.

Michelle has run the course for 3000 people in the past ten years. Ninety eight per cent of her students pass the learner’s permit test.  ‘If I had a dollar for everyone who hugged me and kissed me and thanked me I’d be a millionaire by now.’

The two per cent who fail do so because they haven’t done any study outside of the class. ‘I guarantee students that if they do the homework and understand the rules they’ll pass the test.’

‘I’m proud of putting safer road users out on the road. And I’ve become a better driver myself.’