For what are libraries, if not for learning? 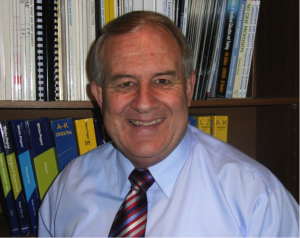 No longer merely a repository of books, libraries are currently in a state of dynamic evolution, with their mission shifting increasingly towards community learning. In September this year, Sally Thompson from Adult Learning Australia will be presenting at the trans Tasman Learning for All conference about the partnership possibilities for libraries and ACE organisations.

Libraries have been your life’s work and clearly they are a great passion for you. Why they are so important to our society? Why should we value them?

Like many among the 60% of Australians who use Australia’s 1520 public libraries, I am passionate about the contribution that they make to a more inclusive, connected and learning society – and all for only 10 cents per Australian per day, and a demonstrable return on investment of at least $4 for every dollar spent on them!

Growing up in post war Britain I was fortunate to have a public library within walking distance of my home, and ready access to its resources and the encouragement of its librarians contributed greatly to my education during my formative years. Many others, such as Philip Adams, report the same experience, and it is important that everyone, regardless of their circumstances, has the same opportunity and encouragement in 21st century Australia. As another example, science fiction writer Ray Bradbury,  who died this year at the age of 91,  attributed his great success to public libraries, declaring that ‘I spent three days a week for ten years educating myself in the public library’.

Public libraries are unique in their multidimensional responses to the needs of people of all ages, literally from ‘cradle to grave’. No other public agency has such a broad remit, challenge and opportunity. Whilst they have never been more used, physically and online, or busier than they are now, there are still too many children and adults missing out on what they can contribute to their life chances because of unawareness of them or difficulty in accessing them.

In Victoria alone, from extensive research, at least 13% of the population are still missing out. This translates to over 3 million people across Australia. This would include many migrants and refugees, despite Australia’s public libraries as a whole providing great and innovative learning and literacy programs and support for them.

What is driving the changes we are seeing in today’s libraries? What do you see as the role of public libraries in adult literacy and adult learning?

All types of libraries are taking advantage of the digital age and electronic resources to meet and stimulate user needs and information literacy. Public libraries have also continued to evolve, and are now regarded as critical agencies for connecting communities, community capacity building, literacy development and lifelong learning. They are now increasingly described as the community’s Third Place, after home, school and work.

With the increasing investment in modern large buildings with specialised learning and other spaces and a wide range of electronic and other resources available seven days a week, Australia’s public libraries are becoming more able to be involved and innovative in the adult literacy and learning areas. As an indicator of this Australia’s first Year of Reading in 2012 has been a national public library initiative which has connected many adult literacy and learning agencies at the local level.

What partnership possibilities do you see for libraries and ACE (adult and community education) providers?

The trans Tasman Learning for All conference (see www.auslib.com.au) will be held at the State Library of Victoria 13-14 September 2012. Its context is that although the origins of the free public library movement in the 19th century were focused on literacy and learning, the second half of the 20th century saw a  focus on the lending of an increasing range of resources and  public library programs to meet the reading, literacy and learning needs of children, students and other young people.

More recently commentators, internationally and in Australia, have been suggesting that public libraries should, in a sense, return to their 19th century roots with learning for all and reader development, in all of its manifestations, as their core mission. As one of those international commentators, who will be a keynote speaker at the conference, has asked ‘For what are libraries, if not for learning?’

The conference will see many examples of partnerships between public libraries and learning providers, but more importantly it will focus on awareness raising for public librarians and providers about the potential for more of them, particularly in adult and community learning.

Friends of Libraries Australia (FOLA) has a commitment to awareness raising among the growing number of Friends of Libraries that their public libraries should be much more than just book lending agencies. It does this through its very informative website www.fola.org.au, its newsletter, policy papers and workshops.

On the FOLA website is a list it has compiled of over 200 descriptors of the multidimensional role and outcomes of public libraries, including descriptors such as ‘Open learning centres’, ‘Partners in education’, ‘Platforms for self development’ and ‘Umbrella institutions of the learning society’.

We already have examples of Friends who have been very active in fundraising for specific library programs, but there is potential for more involving adult learning, and all FOLA members will be supplied with the outcomes of the Learning for All conference to encourage their efforts to this end.

Can you give us a couple of on the ground examples of innovative learning programs that are happening in Australian libraries?

Local government in Australia is taking an increasing leadership role in adult and community learning and usually the public library is heavily involved. A very early lead was taken by the City of Hume in Victoria. Two other examples from Victoria are Moonee Valley, where the Avondale Heights Library and Learning Centre and the 2012-16 Library and Learning Strategy enable partnerships with local training providers to deliver learning programs.

Brimbank Libraries have a major role in the city’s key strategic direction of ‘Creating a community of lifelong learners’ and allocates significant resources to programs and partnerships with a wide range of service providers and community organisations.