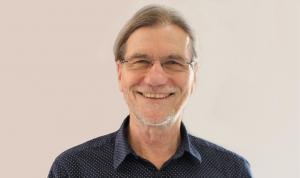 ALA’s goal of lifelong and lifewide learning is visionary in an Australia in which adult learning remains increasingly undervalued, misunderstood and eroded by successive governments.

The evidence for the wider value of lifelong learning in all its forms is clear and unequivocal. But the recent widespread privatisation of school-based education, and the systematic hollowing out and destruction of public vocational education and training, as well as adult and community education, is serving to reproduce and heighten existing inequalities.

The root of the problem is recent, rampant and shallow neoliberal government policies that deny people have identities, lives, families and communities beyond paid work. While acknowledging the desirability of a Northern European ‘cradle to grave’ model of learning, it’s unlikely to be adopted here. However, there are four challenging and distinguishing characteristics of Australia that, if we are as fair and ‘dinkum’ as we often make out, might be bright Southern stars worth ‘shooting for’ in terms of public adult learning policy.

Firstly, Australia is a huge land of notable demographic extremes. Despite the outback myth, we are now one of the most highly urbanised, multicultural countries in the world, with 90 per cent of people living in cities and 85 per cent living within 50 km of the coast. This raises issues of equity and access for inland rural and remote communities, including Aboriginal and Torres Strait Islander people who live ‘on country’, as well as young commuters with families struggling to survive on the sprawling edges of all of our major cities. The urban/peri-urban, urban/rural and Indigenous/non-Indigenous contrasts in terms of access to and outcomes from education and training have worsened with increasingly inequitable access to both post-school learning and the new digital technologies. That most peri-urban communities are young and rural communities tend to be ageing adds to the urgency of making rural and remote, as well as outer suburban communities in Australia, attractive, productive and liveable for people of all ages.

Secondly, we are a land of diverse people, languages and cultures, both Indigenous and recently arrived migrants and refugees. Close to one in three Australians today were born overseas. On average migrant children from cultures where learning is highly valued and supported, are out-participating and outperforming locally born young people. There are huge, untapped opportunities to learn cross-culturally and inter-generationally, as well as to benefit globally from this rich cultural and linguistic diversity and talent amongst our recent arrivals.

Thirdly, there is extreme gender segmentation in Australia and inequity in terms of employment and remuneration. As a nation we have to ask why women have since the turn of the century been more highly educated than men, but are still inequitably paid.

Fourthly, despite our relative wealth and resources many adult Australians have low formal literacies and are relatively poorly educated and ill equipped for the inevitable challenges and changes through life. One half of Australians, including those currently in paid employment, have completed no accredited learning post school. The main thing adults say they want to learn about and achieve for themselves, their children, families and communities, is to stay active, happy, socially connected, well and contributing to the community at any age. Too few Australians have access to essential learning and the literacies necessary to engage in a healthy life to the full.

In summary, we have to get better as a nation at encouraging and providing lifelong and lifewide opportunities not only to ensure Australia is productive economically, but to radically improve health and wellbeing literacy, social and community participation and equity of outcome: by cultural background, by place, by age and by gender.

Of all the Australian learning sectors, Adult and community education (ACE), through its decentralised nature and community embeddedness, is best placed to provide this essential learning and address each of these challenges. It is now urgent that ACE’s role is acknowledged and properly enhanced and supported by national and state government policy and funding in Australia, including through new initiatives, programs, mechanisms and sites in states and territories where ACE has largely disappeared.