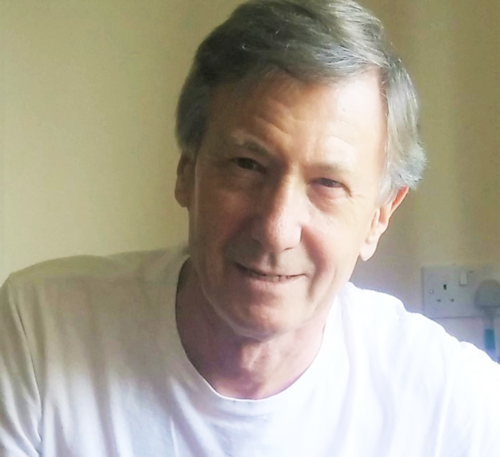 Adult literacy and numeracy – from empowerment to compliance

I have spent nearly 40 years working in the field of adult literacy and numeracy. It began in 1980 when, to help fund my post graduate studies, I began working part time as a literacy teacher at Long Bay Prison. Teaching in this adult context was just so different to my previous experiences as a high school history teacher and it has maintained my passion and professional career ever since. There was something enormously satisfying about meeting with an adult or a small group of adults who had experienced negative or disrupted schooling, and beginning with the question ‘What is it you want to learn?’ And from there, to negotiate with them over their needs and to progress along an educational journey that they had a deeply personal investment in.

By the late 1980s, I had shifted to teaching in NSW TAFE where adult basic education departments were growing exponentially to meet local community demands. In ABE departments in every TAFE college demand for places in fee-exempt literacy and numeracy courses far exceeded demand, and there were often extensive waiting lists of students wanting to join an ABE class. The central ethos and the pedagogical practices of ABE departments were similar in every TAFE college: student-centred and student-directed learning based on everyday literacy and numeracy practices seen to be relevant and purposeful to the students. There were no formal assessments or testing, rather, entry to and progress in an ABE course was based on informal dialogue between teachers and students along the lines of ‘How’s it going?’

In the academic literature, these pedagogical practices are sometimes referred to as ‘liberal-progressive’ (see Black 2018), and they had the potential to be truly transformative for the lives of many individuals and groups. In line with social-democratic ideals from the Whitlam era, the word ‘empowerment’ was common to the work of adult literacy and numeracy educators at this time.

This description of the ABE field in TAFE began to change from the late 1980s as neoliberal ideology started to permeate education policies and practices. At a national policy level, literacy and numeracy became increasingly viewed as important elements of skills formation and were promoted within a human capital discourse of economic development. At the NSW state level, the incoming Greiner Government in 1988 embraced the economic rationalist principles of ‘the market’, and ABE programs, along with all other equity programs in TAFE, were immediately under threat with funding cuts and the imposition of course fees. ABE teachers responded with other TAFE teachers and thousands of their counterparts in school education to publicly demonstrate on the streets of Sydney against neoliberal reforms to education. For many ABE teachers, it was their first foray into political activism, and in relation to ABE course fees (but not other TAFE courses), they were successful in thwarting their introduction. But it was not a permanent victory, and fifteen years later ABE teachers were again demonstrating and even picketing TAFE colleges as the Carr Government in 2003 tried to introduce fees for ABE (and Outreach) courses. Again, we were victorious, and fees were not introduced, but it was a hollow victory insofar as the writing was on the wall. Eventually the neoliberal ‘cascade’ would overwhelm the field.

The field of ABE, once the exclusive domain of TAFE, has been opened up to the private sector. Private consultants funded by successive federal governments dominate policy development, assessment mechanisms and curriculum products, and increasingly private providers win government tenders to provide literacy and numeracy courses. Industry and skills groups have been funded extensively by the federal government to promote the case for literacy and numeracy policy and practice. Since the early 1990s, ABE departments in TAFE have tried to balance two discourses – social democratic and economic – but progressively the latter has overwhelmed the former, and the needs of industry now dictate curriculum. In contemporary TAFE, literacy and numeracy courses, now termed ‘foundation skills’, are nationally accredited, competency-based, and geared primarily to the acquisition of ‘employability’ skills. An oppressive and pervasive audit culture ensures that, in their pedagogical practices, ABE teachers comply with every element of prescriptive, competency-based courses. They have little choice, with severe penalties for those who might transgress, including the threat of the loss of departmental and course funding.

Compliance is now the name of the game.

There are now fees for all literacy and numeracy courses unless students fall within established welfare recipient categories. Many ABE students are obliged to attend foundation skills courses as a condition of receiving welfare benefits, in particular jobseekers. ABE departments (now renamed foundation skills or similar) in TAFE are mere rumps of their former ABE departments in the 1980s and 1990s. There are no longer waiting lists of students for ABE courses in TAFE, despite the continuing community demand for improving literacy and numeracy as indicated by the national Reading and Writing Hotline enquiries. There is no longer a critical mass of ABE teachers ready and willing to publicly demonstrate their opposition to departmental policies and actions.

The world of ABE provision has changed to become a milieu I no longer wish to be a part of. But I look back with a feeling of privilege for having worked in an ABE field which was founded on social democratic ideals and which invoked such passions for education from those who worked and studied within it.

These comments can be viewed in more detail in: Black, S. (2018) From ‘empowerment’ to ‘compliance’: neoliberalism and adult literacy provision in Australia. Journal for Critical Education Policy Studies, volume 16, no. 1. Open Access article available at: http://www.jceps.com/archives/3855