A vision for lifelong learning 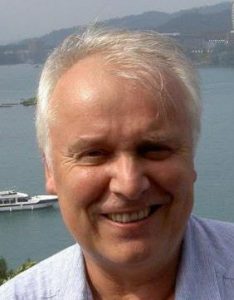 Professor John Field marks the 20th anniversary of the UK’s visionary policy for a learning society.

The central argument and language of The Learning Age have become staples of today’s educational policy debate.

In his preface, David Blunkett set out a familiar agenda:

‘To achieve stable and sustainable growth, we will need a well-educated, well-equipped and adaptable labour force’.

Nothing unusual about that; similar phrases abound in policy texts from national governments and international organisations across the globe.

What marked The Learning Age as distinctive, and also provides a yardstick by which to judge its results, was its more visionary and humane perspective. Of course, this was a product of its time, following a long period of Conservative rule. There was a sense that things were possible.

With hindsight, there were probably too many initiatives – spread around like confetti – for all to survive the hard years of austerity and recession. And there might have been even more: with the comfort of hindsight, it is clear that The Learning Age underestimated the potential of digitisation and mobile devices, and focussed excessively on increasing provision rather than tackling the serious demand-side deficits of the UK skills mix.

Some key achievements remain, while the remarkable research programme on the wider benefits of learning has had international impact. But the question of adult learning and skills remains a live one. The challenges of inclusive and sustainable economic growth are as pressing as ever, and if anything the potential for adult learning in civic democracy is greater than it has been for some time. For those of us who enjoyed the vibrant discussions at Wolverhampton, the conversation has only just begun.